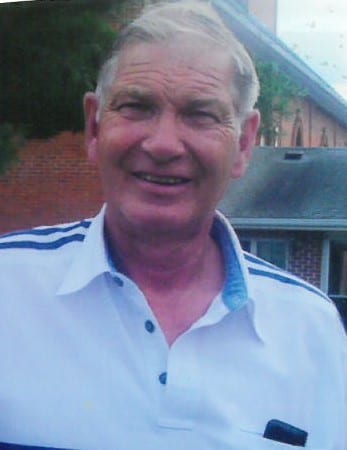 Franklin “Frank” Rauen, 78, Appleton, died on Tuesday, July 14, 2020. He was born on February 19, 1942, to the late John and Thelma (Gibeault) Rauen in Athens, Wisconsin. Frank was born on a farm, at age 2 he was bucked by a cow landing him in the hospital, he was a very sick little boy for a long time. The Doctor’s did not believe he could survive the injury, however, a relative working in the hospital insisted they perform surgery. The surgery saved his life as his intestines were very damaged. Frank was 2 when the family moved to Milwaukee where Frank’s father built houses, a career his father discouraged his four sons NOT to follow.

Frank was a good student and had a paper route during school. He graduated from Messmer High School in Milwaukee. He went to Kansas to pursue a career as an Airline Ticket Agent. Frank soon found out this was not the course he wanted. A few short-term jobs followed and he decided he would like to take an apprenticeship.

Frank was united in marriage to Mary Gaulke on December 14, 1968, in Milwaukee, at St. Rose of Lima Catholic Church, they met through a blind date set up by a family member.  He had this 1962 Chevy with an 8-track playing Elvis. Very well groomed and polite. Mary thought…”I think I can like this guy”. He wanted to become an electrician, but Lithography was introduced and he started work at the Banta Company. Frank retired from Northwestern Color Graphics in 2002. This was a perfect career for him as it was very meticulous slow-paced work.  He worked with a magnifying glass removing and adding color to get the customer’s exact order. One of the company’s contracts was for the centerfold of Burt Reynolds, sort of nude.  Mary mentioned all the stores were sold out of this particular magazine so the next morning she woke up to find a huge picture of Burt taped to her dresser mirror along with several other pictures of him taped around the apartment.  That took care her attraction for Burt Reynolds.

Frank was a steady hard worker, didn’t need much socializing  he liked to come home from work and either putz in his garage or on his lawn. He would fix things even if it didn’t need fixing. He could fix just about anything the handiest man we knew.  He loved his family, loved to hunt even though they rarely saw any deer, loved to play cards and the Green Bay Packers. Mostly, he loved just being home.

Now, he is at a home we cannot begin to comprehend.  The love he is experiencing and the absolute peace is beyond anything our mortal brains can begin to understand. We often wondered how heaven can be so great when those we love aren’t with us. The answer is simple, they are not missing us, they are expecting us.

Thank you to the staff at Brewster Village for their outstanding care.