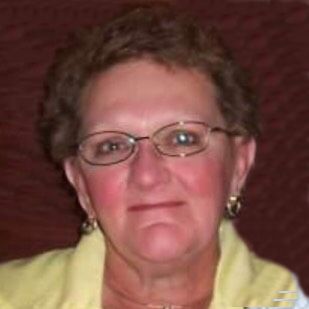 She graduated from Fox Valley Lutheran in 1962. She married, Robert “Bob” Jansen, on November 24, 1962 and together they were blessed with their 5 children; William, Steven, Christopher, Erik and Meghan. Bob preceded her in death on December 12, 1997. In 2002 she married, Donald Vick, who passed shortly after she did.

Monnie was raised at St. Matthew’s Lutheran Church and later Grace Lutheran Church. She made her final roots with First Congregational United Church of Christ. She kept busy with local shelters, thrift stores, food pantries and the Warming Shelter. Every week she would have packages and food to drop off to help those in need.

Monnie was the glue that held her family together. She was a devoted and loving wife, mother and grandmother. In her children’s younger years she kept busy with all their events in school and sports and now recently the same for her grandchildren. Her favorite memories were those spent at the family cottage in Pickerel, Wisconsin.

She is survived by her five children, William (Mary Goggans) Jansen, Steven (Rie Osaka) Jansen, Christopher (Shannon Betow) Jansen, Erik (Marianne Pizzi) Jansen and Meghan (Joshua Shamrowicz) Jansen; three grandchildren, Brady (Morgan) Jansen, Mason Jansen and Kyoka Jansen. She is further survived by her extended Goggans grandchildren, many relatives from the Vick family and many other dear family members and friends and grand-dogs too numerous to list but never forgotten.

The Funeral Service will be held on Saturday, September 8, 2018 at 12:30 p.m. at WICHMANN FUNERAL HOME, 537 N. Superior Street in Appleton. Visitation will be held on Saturday from 9:30 a.m. until the time of the service. Monnie will be laid to rest next to her beloved husband, Robert, at Highland Memorial Park Cemetery in Appleton. In lieu of flowers, a memorial fund will be established in Monnie’s name. Online condolences can be shared at www.wichmannfargo.com.