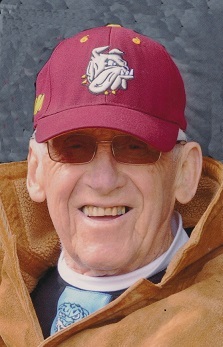 Milt was a graduate of Appleton High School, and attended Lawrence University. He was a veteran of the U.S. Army and served in Korea during World War II. Milt worked for the Wisconsin Michigan Power Company / Wisconsin Electric for 41 years, followed by 21 years with Ryder Truck. He was among the founding members of the Appleton Little League Program.

Milt Drier loved baseball, and was an active Director for the Appleton Baseball Club (Appleton
Foxes) for over 30 years. He served various roles as President, Treasurer, Secretary and Director and he was an avid supporter of the Wisconsin Timber Rattlers.

Milt Drier's life will be celebrated at a gathering on Sunday, June 28, 2015 at 5:00 PM at the NEUROSCIENCE GROUP FIELD AT FOX CITIES STADIUM, 2400 N. Casaloma Drive in Appleton. Online condolences can be offered at www.wichmannfargo.com.

Special thanks from the Drier family for the wonderful care he received at St. Joseph's Residence, Peabody Manor at Pine Creek, and the Appleton Medical Center.

In lieu of flowers, the family recommends gifts to (a) “Wisconsin Timber Rattlers” to be used for Youth Baseball Camps for boys and girls (P.O. Box 7464, Appleton, WI 54912) or (b) “Red Smith Youth Sports Fund” which just celebrated 50 years of funding scholarships and youth sports throughout the Fox River Valley (P.O. Box 623, Appleton, WI 54912-0623).