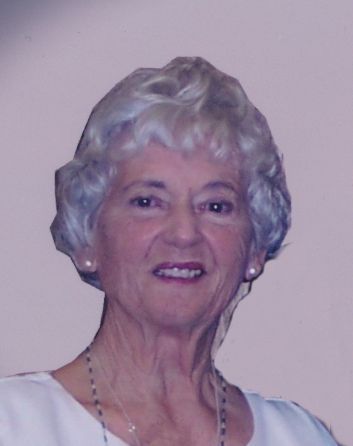 Mildred Moore-Kampo, beloved wife, mother, sister, grandmother, aunt, and friend passed away on August 6th. She recently celebrated her 80th birthday.
Mildred was born into a loving family in Chicago, the youngest of 5 children. Her father and mother modeled a Christian life of service and ministry which provided her with the knowledge of God's love, provision and care.

Milly was married to Lawrence Olsen in 1952. They moved several times in their early marriage, living in Toronto, New York City, Seattle, and Chicago. In 1965 they moved to Montello, WI, to raise their 4 children in a rural setting. Her children all have fond memories of growing up there. Lawrence died in 1978.

Mildred worked at the American Baptist Assembly in Green Lake Wisconsin for much of her working life, where she made many friends and met her future husband, John Moore. They were married in 1985, and lived in Washington DC, and Visalia, California. They also spent many happy years rolling around with their 5th wheel trailer visiting family and friends. After John died in 2005 Milly moved back to Oshkosh to be near two of her children.

She and James Kampo married in 2011 and lived in Appleton. They took good care of each other and treasured these years together.

Mildred was a hopeful, loving woman. She lived a life of gratitude. She will be missed by her loving husband, Jim, her children Larry (Cheryl) Olsen, Jennifer (Paul) Yau , Peter Olsen, her sisters, Katherine, Gloria, and sister-in-law, Donna, many grandchildren, nieces, nephews, step children and step grandchildren. She was preceded in death by her son, Christopher.

The funeral service will be held on August 23, 2014 at 12:00 PM at CHRIST THE KING, 601 S. Washington St. Combined Lock with Rev. Tim Krick officiating. A time of visitation will be held on Saturday from 10:00 AM until the time of the service at the church. Online condolences may be expressed at www.wichmannfargo.com.