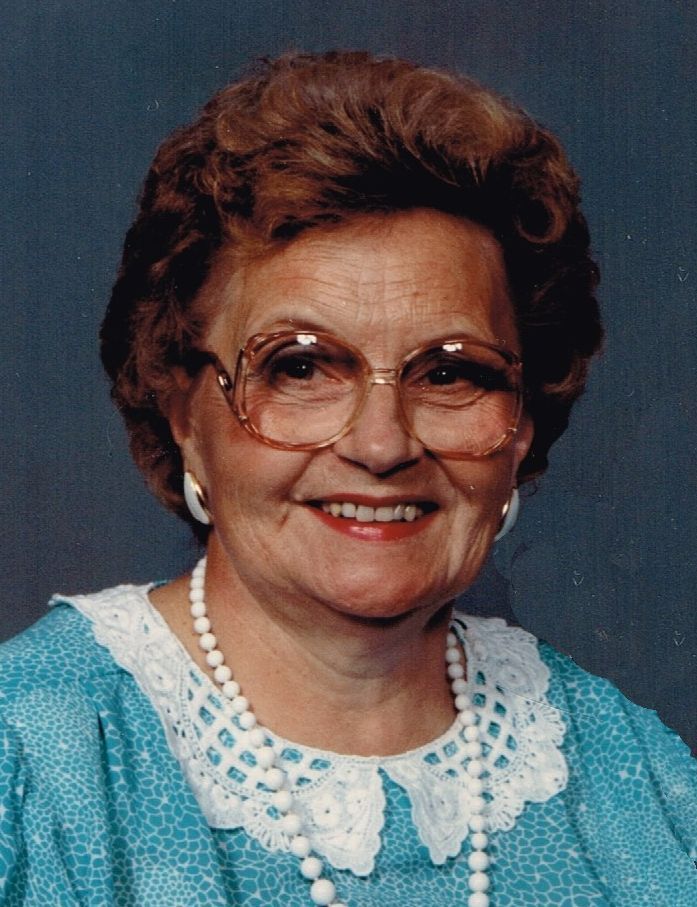 Mildred Elaine Koschmann, age 91 of Oshkosh, was called into the loving arms of her Savior, Jesus, on Wednesday, November 5, at Sterling House of Neenah. She was born on October 28, 1923 in Merrill to Henry and Pauline (Schult) Schield.

Millie graduated from Merrill High School and married Eldred “Butch” Koschmann on June 10, 1944, in Merrill. They were married for nearly 69 years until his death on March 31, 2013. God blessed Millie with a beautiful singing voice which she used in choirs and as a soloist, in addition to filling her home and her family's memories with her singing. She created a warm and loving home environment and enjoyed spending time with loved ones watching news or sports and attending family gatherings. Millie also relayed a rich oral family history with her amazing memory of stories and events.

Millie is survived by three of her five children, Dr. James (Christine) Koschmann of El Paso, Texas; Barbara (Rev. David) Paape of Sussex, Wisconsin; and Andrew (Karen) Koschmann of Appleton. Additional survivors include a daughter-in-law, Grace Koschmann of Murraysville, West Virginia; a son-in-law, Brian Roper of Waukesha; fourteen grandchildren; eighteen great-grandchildren, along with numerous nieces and nephews. She was preceded in death by her parents; her husband, Eldred; a son, John; a daughter, Dawn; and her brothers Harry, George, and Leslie Schield.

The funeral service for Millie will be held at 11:00 AM on Monday, November 10, 2014 at GOOD SHEPHERD LUTHERAN CHURCH, 2450 W. 9th Avenue in Oshkosh. Friends and relatives may call at the church on Monday morning from 10:00 AM until the time of the service. Memorials may be made to the Multiple Sclerosis Society or to Good Shepherd Lutheran Church.

The family would like to thank the caring staff at Sterling House and ThedaCare at Home Hospice.