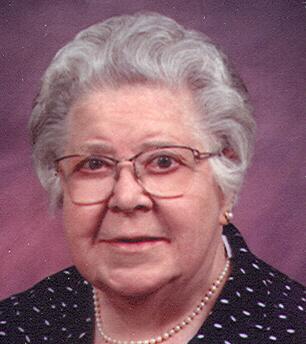 Mildred H. Larson
Appleton
Age 91, passed away on Wednesday January 31, 2007 at Franciscan Care
Center. Mildred was born January 30, 1916 in Neenah daughter of the
late Henry and Katherine (Zimmerman) Simon. She married Donald "Gordie"
Larson on December 14, 1942. He preceded her in death in 1983. Mildred
was a member of Zion Lutheran Church, Appleton and was active in many
church groups, including, The Rachel Circle, Sewing Circle, Eltergarten
and Keenagers. She was also an avid bowler and belonged to three
bowling teams; Hahn's Kitchen Cheaters-Appleton Trophy Team, Hahn's
Navy-Sawotka's Diamond Center, and Senior Citizens at Super Bowl-Badger
Team.
Mildred is survived by her children; Richard of Appleton; and Lynn
(Kirk) Tucker of Mequon. She is also survived by a sister Mable Morey,
Chicago, ILL., sisters in law Marie Simon, and Dorothy Larson, both of
Appleton. She was preceded in death by 5 brothers and a sister.
Funeral Services for Mildred will be held at 11 A.M. Monday February 5,
2007 at Zion Lutheran Church, 912 N. Oneida St., Appleton with Pastor
Wendy Wirth-Brock officiating. Visitation will be at the Wichmann
Funeral Home, 537 N. Superior St., Appleton on Sunday from 2-4 P.M and
also at the church on Monday from 10 A.M. until the time of services. A
memorial is being established for Zion Lutheran Church.