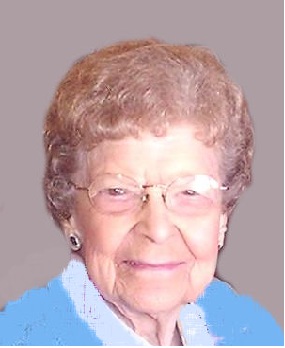 Millie Stanelle, age 88, passed safely into the arms of her Lord on Thursday morning, August 4, 2011. She was born in the Manitowoc County township of Rockland on September 12, 1922, daughter of the late Arno and Leona (Hinze) Schmidt. On June 11, 1942, Millie was united in marriage to Donald Stanelle at Zion United Methodist Church in Reedsville, Wisconsin. The couple celebrated fifty wonderful years together in 1992, and Donald preceded her in death on September 13, 1998. The couple lived in Hilbert for many years, but relocated to Appleton in 1981, where she had resided until the time of her death. Millie had a great love for music. She began singing at a very young age for special family events. Later in life she enjoyed listening to her grandchildren sing. Millie loved angels and collected them over the years. Each of her angels carries its own special story, and she loved each and every one of them.

Millie is survived by two daughters: Judith Springstroh of Appleton and Cynthia (Richard) Tienor of Brookfield; and two granddaughters: Tami (Jay) Ziegler of Appleton and Amber Springstroh of Appleton. Her great-grandchildren, Samuel John Ziegler and Gracie Lynn Ziegler were the joy of her life. She also leaves behind a brother: Wilmer “Bill” (Beverly) Schmidt of Appleton; a sister: Irma (Calvin) Stammer of Appleton; and a very special friend and her third daughter: Sandy Pribek. There are also three sisters-in-law: Anita Dusowsky of Watertown; Letitia (Bill) Weidman of Savannah, Illinois; and Ruth Stanelle of Fond du Lac. Millie was preceded in death by her parents, her husband Donald, a son-in-law John Springstroh in 1980, her precious grandson Brett Springstroh in 2000, as well as several brothers-in-law and sisters-in-law.

Funeral services for Millie will be held at 11:00 AM on Saturday, August 6, 2011 at the funeral home chapel, with Rev. Dick Schaefer of Appleton Alliance Church officiating. Interment will be in Highland Memorial Park. Friends may call at the funeral home on Saturday morning from 10:00 AM until the time of the service.