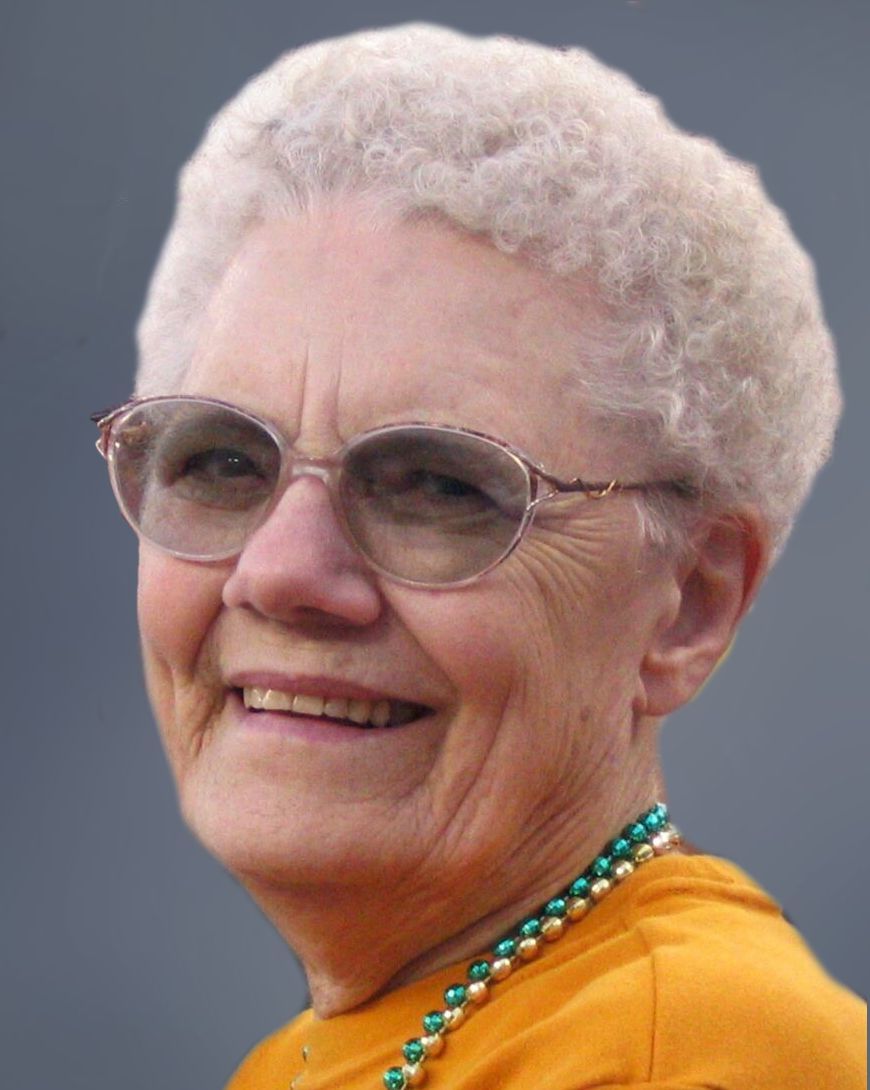 Mildred (Bangart) Baumgarten, age 91 of Kaukauna, passed away peacefully on Wednesday afternoon, May 17, 2017. She was born in the town of Woodville on June 13, 1925, daughter of the late William and Wilhelmina (Jochmann) Bangart. On February 10, 1942, she married Ray Baumgarten at St. Mary's Church in Kaukauna; Ray preceded her in death in 2015. The Baumgartens farmed in various areas throughout northeast and central Wisconsin until 1991, when they retired to Kaukauna. A lifelong homemaker, Millie was dedicated to working hard alongside her husband, raising their family. She grew and sold vegetables to neighbors and local canneries, and nurtured countless beautiful flower beds and gardens. Millie was also the family historian, diligently visiting relatives and recording their stories and photographs to create a wonderful family narrative for future generations.

Millie and Ray loved to travel throughout the United States and Canada. Her special interests were visiting Native American sites, geological areas, and collecting artifacts, glassware, rocks, and postcards.

As a child, Millie played the piano, which began her love of music, that culminated in her passing to the sounds of a favorite hymn, “The Church In the Wildwood.”

The funeral liturgy for Millie will be held at 11:00 AM on Monday, May 22, 2017, at ST. KATHARINE DREXEL PARISH – ST. MARY SITE, 119 W. 7th Street in Kaukauna, with Fr. Jerry Pastors officiating. Interment will follow at St. Mary Cemetery. Family and friends may call on Sunday evening from 4:00 PM until 8:00 PM at the GREENWOOD FARGO FUNERAL HOME, 500 Hendricks Avenue in Kaukauna, and again at the church on Monday morning from 10:00 AM until the hour of the service. Memories may be shared and condolences offered by visiting www.wichmannfargo.com. It was Millie's wish that memorial contributions be used to support Catholic school education in the area.

The family would like to offer our sincere thanks to everyone at The American Grand, Compassus Hospice, and the Kaukauna Clinic. Thanks also to our extended family for their visits and expressions of love. You have been a true blessing to us, and we will never forget your kindness.