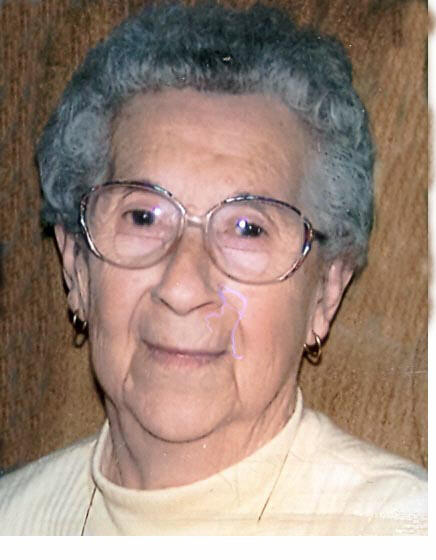 Mildred Van Daalwyk, age 95, of Kimberly, passed away peacefully on Monday, December 15, 2008 at her home with her family at her side. She was born on
September 15, 1913 in Appleton, the daughter of the late Henry and Mae(Forster) Strutz. On September 30, 1936. She married Jacob Van Daalwyk at Saint Therese Church in Appleton. Midge was a lifetime member of
Holy Spirit Parish, Kimberly. She was involved with the Golden Agers of Kimberly and the Ladies of Holy Name. Midge enjoyed playing sheepshead and
spending time at the cottage on Lake Poygan.

The funeral liturgy for Mildred will be held at 4:00 pm on Thursday, December 18, 2008 at HOLY SPIRIT PARISH – KIMBERLY, 600 E. Kimberly Avenue.
Father David Beaudry will be officiating. Burial will take place at the parish cemetery. The visitation will be held at the church from 2:00 pm
until the time of mass.

Special thanks to all the family members and to Affinity Hospice for your
excellent care and compassion.