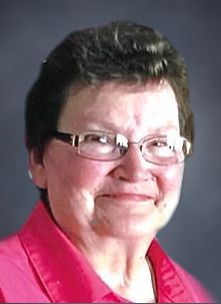 Michele Malinski, age 73 of Appleton, passed away at her home, with her family at her side, on Saturday morning, March 23, 2019. Michele was born November 18, 1945, daughter of the late Wilbert and Evalyn (Schnese) Courchaine. Michele grew up in Kimberly and was a graduate of the Kimberly High School. She went on to attend Nursing School in Chicago at The Cradle when she met and married George on April 30, 1966. Michele also taught First Communion classes and assisted with Care Ministries for many years. She had a deep love for children and took care of little ones for many years.

Michele was preceded in death by her parents. a brother: Stuart (Twila) Courchaine; and in-laws: Edwin Olinski, Allen Malinski, and Barbara Malinski.

The funeral liturgy for Michele will be held at 11:00 AM on Saturday, March 30, 2019, at St. Thomas More Catholic Church, located at 1810 N. McDonald Street in Appleton, with Fr. John Becker officiating. Interment will be in Highland Memorial Park. Family and friends are invited to gather at the Wichmann Funeral Home, located at 537 N. Superior Street on Friday, March 29, 2019 from 4:00 PM until 6:00 PM and again at the church on Saturday morning from 9:00 Am until the hour of the service.

The family would like to offer their sincere thanks to the entire staff of ThedaCare at Home Hospice. We will forever remember your care, kindness, and thoughtfulness.

Also, a special thanks to Ruth Malinski who came from Arizona to care for the entire family.