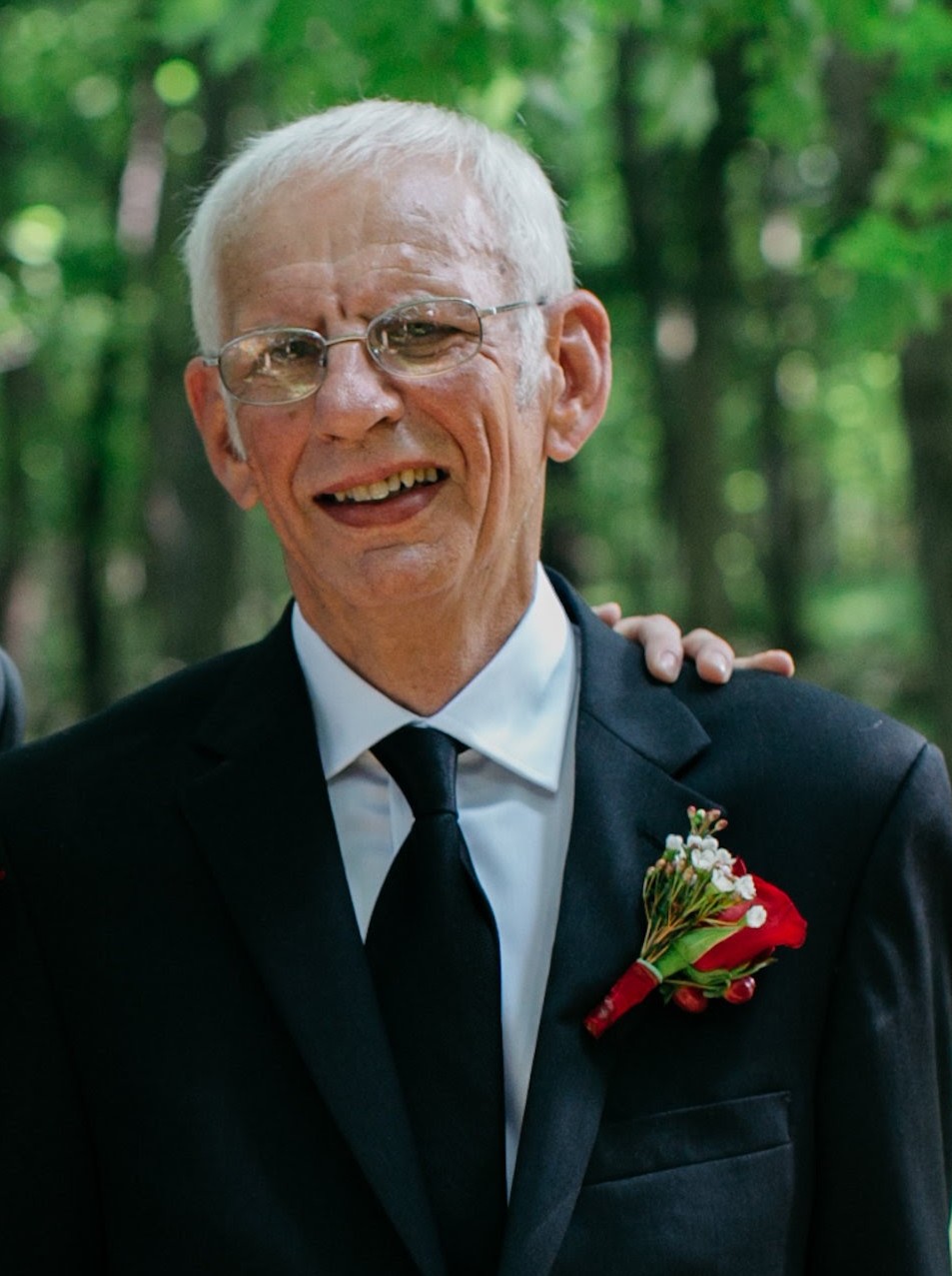 Mike was born on Dec. 11, 1948 in Beloit, WI and graduated from Beloit Turner High School in 1967. He was a gifted mechanic who loved cars and lived for racing, especially Nascar, and spent much of his early adult life involved in professional racing. Years later, he would take his kids to car shows and describe to them how he had owned, at one time or another, nearly every type of car on display. He never missed a major Nascar race, either watching them live or recorded, always from his favorite recliner, bowl of Skittles at his side.

In 1990 he brought his family to the Appleton area, where he ran an auto parts business for about 10 years. He then got a job with Oasis Alignment, where he worked until a stroke forced him to stop in 2017. He was an incredibly hard worker and his job was a source of pride – his hectic work travel schedule was a frequent topic of conversation; he would pretend to hate it, but really he wouldn’t have it any other way. Anyone who knew Mike well knew he would probably work until something made him stop, and that’s exactly what he did.

The one thing that always came before work was time with his kids & grandkids. Nothing was more important to Mike than family, and he was a loving and beloved dad, grandpa, uncle, father-in-law, son-in-law, and brother-in-law.

Known for his dry sense of humor, unmistakable laugh, and comically sarcastic way of expressing things (especially annoyance, his snarky driving comments were legendary) he was an endlessly generous person, always ready to help and never wanting anything in return. He could fix anything on a vehicle, and saved the day countless times when his kids (or just about anyone else he knew) had car trouble.

He is survived by his children Michale (Shelly) Ballard of Black Earth WI, Stephanie (Andrew) Poteat of Cologne MN, Matthew (Jessica) Ballard of Neenah WI, Timothy (Nicole Krause) Ballard of New Glarus WI, and Andrew (Erin Kemps) Ballard of Chicago IL, and his grandchildren Avery, Iona, Elijah, Quinn, Carly, and Evan. He also leaves behind numerous other loved ones – friends and co-workers, and an extended family of in-laws who had been like his own. He will be missed by many.

Due to current COVID-19 restrictions and risks, a memorial service will he held for Mike next

year on July 24, 2021. Donations to the American Stroke Association can be made in his honor at