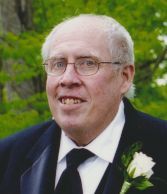 Michael Ferdinand Seidler, “Mike”, of Appleton, Wisconsin passed away peacefully Wednesday, June 15, 2016, with family by his side. Mike was born in Appleton, Wisconsin on January 16, 1948 to the late Arnold and Irmgard (Noffke) Seidler. He graduated from Appleton West High School in 1966. After high school, Mike attended the University of Wisconsin Madison and graduated with degrees in engineering. Mike worked as a mechanical engineer throughout the Fox Valley until he retired. He loved classic cars and the Wisconsin Badgers. Mike enjoyed spending time with his children, grandchildren and pets.

He is survived by his wife, Barbara of 33 years, children; Brad (Lori) Kleman, Chad (Stephanie) Kleman, Sarah Seidler (Dan Halwas), Jenny (Jimmy) Sprenger, and his grandchildren; Emily, Megan, Matthew and Caleb. He is further survived by his sister Sharon (Chuck) Roberts, along with numerous nieces and nephews.

The funeral service for Mike will be held at 3:00 p.m. on Saturday, June 18, 2016, at the WICHMANN FUNERAL HOME DOWNTOWN CHAPEL, 537 N Superior St. Appleton, with Deacon Mike Eash officiating. A time of visitation will be held from 1:00 p.m. until the time of service. Online condolences may be expressed at www.wichmannfargo.com.