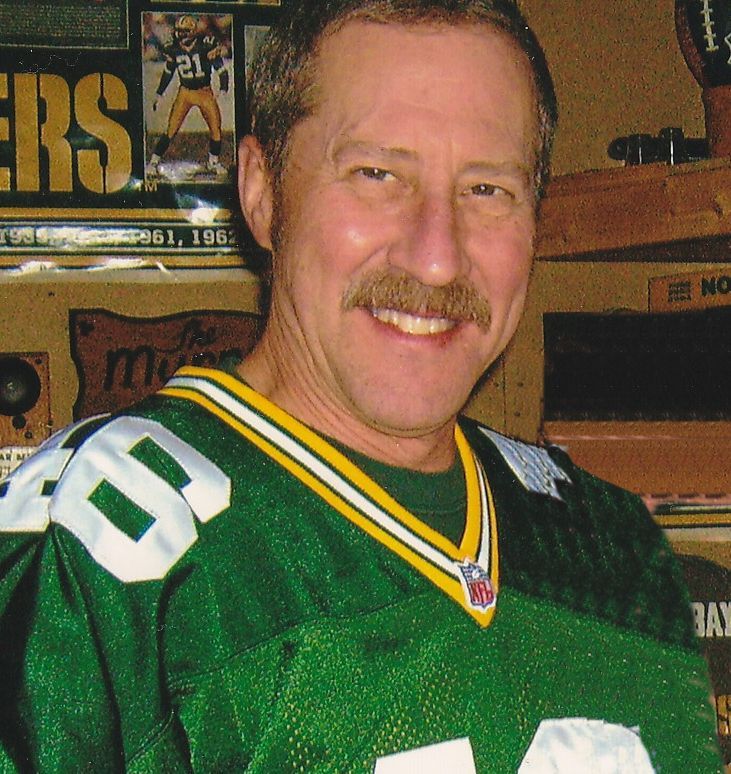 Michael E. 'Murr' Murray, 59, of Kimberly, died unexpectedly at home from complications of emphysema on February 6, 2015. He was born in Green Bay WI, on July 8, 1955; son of Mary Lee Trader (Wolfe), of Green Bay, and the late David E. Murray, of Schaumburg, IL.

Mike married the love of his life, Valerie, on February 14, 1976, in Green Bay and was the proud father of two daughters. He worked as an equipment operator at Kraft/Nestle in Little Chute for over a decade. Mike was a diehard Packers fan, never missed a Brewer game, and enjoyed cheering on the Badgers. But his love for trains, planes, and automobiles was his true passion. Those who have ever been to “the shop” would get a kick out of this dedication. Mike spent a lot of time bowling and had a mean right hook! When the Wisconsin weather permitted Mike golfed with his brothers and never missed a chance to have a cold one….

He had a giving spirit – donating plasma and allowing his organs to be used in order for others to improve their quality of life.

He was preceded in death by: his father David E. Murray, his mother-in-law Ceil Schmechel, his sister-in-law Julie Murray, and his niece Elizabeth Murray.

The funeral for Mike will be held at 4:00 p.m. on Sunday, February 8, 2015 at the JANSEN FARGO FUNERAL HOME, 204 E. Kimberly Ave, Kimberly. A time of visitation will be held from 2:00 p.m. until the time of service. Online condolences may be expressed at www.wichmannfargo.com. In lieu of flowers, a memorial fund has been established.