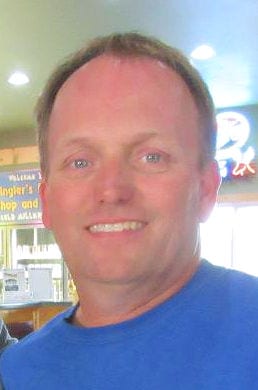 Due to current health concerns, the service will be private, and for the family only.  However, the full funeral service will be live streamed to this site at 11:30 AM on Thursday, October 15, 2020.

Michael James Poole of Larsen, WI, passed away unexpectedly on Wednesday, October 7, 2020, at the age of 53. A cherished son, brother, nephew, uncle, and friend, Michael made the most of life by following his dreams.

Born February 18, 1967 in Wild Rose, WI, Michael (better known as Mike) was the son of James and Clarella Poole (later Kiesgen). Mike made lifelong friends in his hometown of Wautoma, WI and, after his father’s death in1979, moved with his family to Appleton, WI. Shortly after graduating from Appleton West High School, he headed west to Corvallis, OR, where he attended piloting school while taking every available opportunity to explore the great outdoors.

Mike returned to the Fox Valley area and established the first of several successful business ventures: Oshkosh Bearing & Transmission, Inc. The company prospered and he was able to sell and retire early at the age of 40, fulfilling one of his life’s dreams. Mike subsequently purchased land in Fremont, WI, where he built a house along with auxiliary buildings to establish a small farm. He raised cattle and chickens, and tended to small crops, fulfilling a second dream of owning a farm. After settling into farm life, he ultimately decided semi-retirement didn’t entirely suit him. So, in 2013, he purchased Anglers Bar & Grill in Fremont, WI, reaching his dream of owning and operating a bar and grill.

It was Mike’s unique combination of natural business sense, wonderful people skills, and creative thinking that made him a successful entrepreneur throughout his life. In all his endeavors, Mike worked tirelessly to provide his customers with the best possible experience. At Oshkosh Bearing & Transmission, business relationships grew to become lasting friendships. After he opened Anglers, Mike quickly became known as a welcoming and affable host to all, and an engaging conversationalist on almost any topic. He had a special gift for putting others at ease, thanks to his contagious smile, wonderful sense of humor, and big heart. He valued his friends and family, lending a hand whenever possible, and meeting every challenge with confidence and optimism. Mike genuinely enjoyed getting to know his employees and customers, who became a second family to him.

During his time in Oregon, Mike enjoyed panning for gold, fishing, and hunting. After he returned to the Fox Valley, he spent his free time at the Wisconsin International Raceway, enjoying both the fun and competition of racing his Olds 442. He continued to be an avid fisherman, and especially enjoyed being out on his boat on Lake Michigan. Mike was a masterful cook, having excelled in the kitchen from a young age. He greatly enjoyed perfecting the menu at Anglers, as well as hosting fish boils for friends and family during the summer months.

Mike is preceded in death by his father, James Poole and his mother, Clarella (Poole) Kiesgen. He is survived by his five sisters, Kathleen (David) Jahns, Appleton, WI; Jeanne (Ronald) Dowding, Holliston, MA; Mary Jo Poole, Cedarburg, WI; Sharon Poole, Tampa, FL; and Patricia Poole, Green Bay, WI; his nieces and nephews, and many cousins, aunts and uncles. Over the years, he also enjoyed the companionship of his loyal dogs, S.D., Echo, and Keely.

Due to current health concerns, the funeral will be private and for the family only.  However, the full funeral service will be live streamed to this site at 11:30 AM on Thursday, October 15, 2020.

Due to current health concerns, the service will be private, and for the family only.  However, the full funeral service will be live streamed to this site at 11:30 AM on Thursday, October 15, 2020.