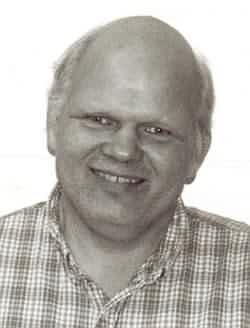 Age 48, died in Appleton on January 25, 2003. He was born in Appleton on March 1, 1954, son of the late Raymond and Dorothy (Williams) Menting. On October 3, 1981 he married Julie Driessen at St. Paul Catholic Church, Combined Locks. He worked as a mill worker and supervisor at Appleton Coated Combined Locks for 30 years. He appreciated his family‚Äôs love of music and dedicated his time and talents at Kimberly High School where he built theatrical sets for the students. Mike was very proud of his children and their accomplishments. He was there for them in every aspect of their lives. He was a very devoted husband and loved his family dearly.

Mike is preceded in death by his parents, and his brother John Menting.

The memorial service will be at 5:00 p.m. on Wednesday, January 29, 2003, at the JANSEN FARGO FUNERAL HOME, 204 East Kimberly Avenue, Kimberly, with Deacon George Schraufnagel presiding. Friends will be received at the funeral home on Wednesday from 2:00 p.m. until the time of the service.

The family would like to extend a special thank you to the Town of Buchanan First Response Team and the ambulance staff. Their diligent efforts and compassionate care will never be forgotten.

Memorials to benefit the Kimberly High School Theatre would be appreciated.