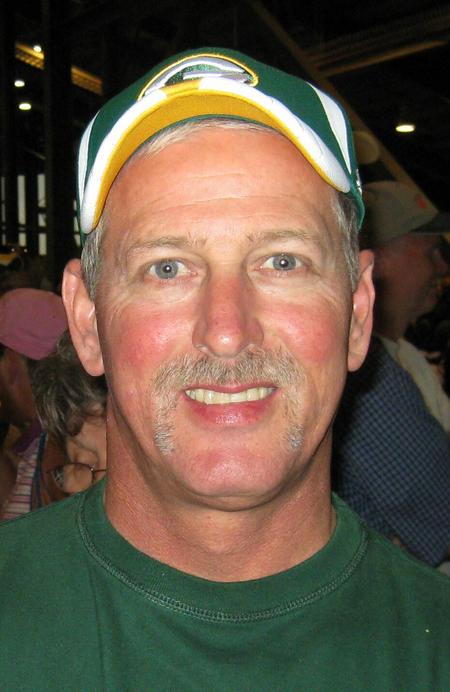 Michael Lee Patterson Sr. , 51, of Darboy, passed away peacefully with his family by his side on Friday, November 12, 2010 at the Appleton Medical Center following a long courageous battle with cancer.

Michael was born on December 27, 1958 to George and Doris Patterson in Appleton. Mike was a veteran having served four years in the U.S. Marine Corps and then worked at P.H. Glatfelter until they closed. Mike then worked at Great Northern until he was unable to work and then spent his days caring for his three little dogs. Mike enjoyed working on cars, the computer, landscaping and fixing things. Most of all Mike was a family man and his time spent with his family and friends was the most important thing to him. Mike was always very positive and will be remembered as a great guy.

Michael was preceded in death by his first wife Kathleen.

A funeral for Michael will be held on Tuesday, November 16, 2010 at 7:00 PM at the WICHMANN FUNERAL HOME TRI COUNTY CHAPEL. A time of visitation will be held on Tuesday, November 16, 2010 from 3:00 PM until the time of services at the Funeral Home. The family would like to extend a special thank you to Dr. Bar-Lev, Jennifer Hart, the wonderful nurses and staff at the Siekman Cancer Center.