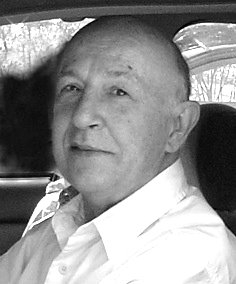 Michael “Mike” L. Fischer, 71 of Appleton, died peacefully at home Sunday, Oct. 11, 2009 with his loving family at his side. He was diagnosed with cancer a short time ago, and was spared by God of a long painful battle.
He was born on May 24th 1938 in Marshfield WI, to the late Leo and Mathilda (Gloudemans) Fischer. His family moved to Appleton when he was a young boy, and he spent most of his life there.
Mike spent most of his life in the hospitality business. He retired this spring spending the last years of his working life running the State Street Grill. Before that he was owner/operator of The Apple Pub on College Avenue. Back in the 1960's he and his brother Raymond opened The R&M Lounge which later became The Lantern after Mike became the sole proprietor. It was a popular night spot on College Avenue during the 1970's which featured live entertainment several nights a week. In his spare time he enjoyed fishing, reading, playing cribbage, traveling and spending time with friends.
Preceded in death by his parents Leo “Lee” and Mathilda “Till”, brother Jack Fischer of Appleton WI, sister MaryAnn Jack of Appleton WI, and brother Charles Fischer of Los Angeles CA.
Survivors include three sons, Jeffrey Fischer and partner Thomas Whalen of San Francisco CA, Timothy Fischer and partner Ron Shaw of Chicago IL, and Bradly Fischer and wife Lois (Heilmann) of Green Bay WI. Sister Joan Giuliani and friend Lyle Ratzburg of Appleton WI, Brother William “Bill” and wife Janet of Appleton WI, brother Raymond and wife Carol of Cary NC, and sister-in-law Carol Fischer of Menasha WI. He also has many nieces, nephews, friends and very special friend Tyler Schnese and his mother, Karen.
Special thanks go out to ThedaCare Hospice from all of the Fischer family, for the loving care given to Mike in this trying time.
A Funeral Liturgy for Mike will be held 11:00 a.m. Saturday, October 17, 2009 at ST. MARY CATHOLIC CHURCH, 312 S. State Street, Appleton. Fr. Michael K. O'Rourke will officiate. A time of visitation and support will be held at the church on Saturday from 10:00 a.m. until the time of service.