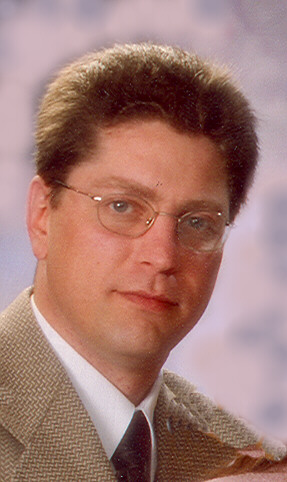 Michael Steiner, of Appleton, age 40, passed away unexpectedly following an automobile accident on Sunday, February 21, 2010. He was born on April 27, 1969 in Kaukauna, the son of Daniel John and Nancy (Mc Gown) Steiner. Mike grew up in Freedom and graduated from Appleton East High School in 1987. He was raised by his step-father James Eckstein. On December 12, 2005 he married Dawn Hagan in Appleton. He was president of Machine Control Specialists in Little Chute. Mike had a pilot's license and was a member of the EAA, AOPA and CAP. He enjoyed skiing, scuba diving, canoeing, fishing, hunting, swimming and golfing. Mike was an avid Beatles fan. He was an exceptional young man and lived his life to the fullest.