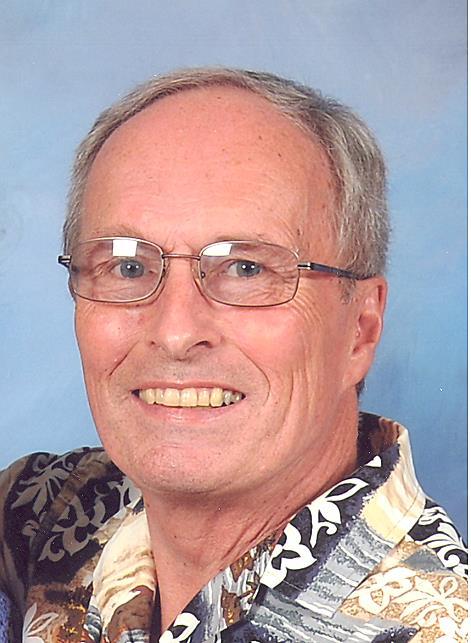 Michael “Mike” J. McGuire, age 68, of Sherwood, passed away on Tuesday, January 12, 2016 with his loving family at his side. He battled a lengthy illness which never took his fighting spirit, sense of humor, or concern for others.

Michael was born on December 23, 1947 in Appleton to the late Francis and Evelyn (Vosters) McGuire. He grew up in Appleton and attended St. Joseph Grade School, Xavier High School (class of 1966) and The University of Wisconsin-Oshkosh. He proudly served his country in the Army Reserves. On June 5, 1971, he married his college sweetheart, Mary Davis. Together they were blessed with their two children, Brian and Julie. He retired from Stowe-Woodward/Mount Hope in 2011 after thirty-six years.

Michael had a lasting impact on everyone who knew him. His constant positive outlook, kind nature, generosity, and patience will be greatly missed. His unique sense of humor always brought a smile to those who knew him. He was a life-long learner and adventurer who enjoyed meeting and talking with people wherever his life's travels took him.

Family was most important to him and he took pride in his children and grandchildren. His greatest joy in recent years was the family vacations he so carefully planned. Michael had numerous interests and passions, his favorites were photography, nature, traveling and cruising. He loved life and lived it to its fullest.

Michael is survived by his wife of forty-four years, Mary; his children, Brian (Stephanie) McGuire of Sherwood and Julie (Steven) Cox of Menasha; his four precious grandchildren, Connor and Maia McGuire and Rowan and River Cox. He is further survived by a brother, Dave (Paula) McGuire; a sister, Kathy (Don) Lindberg and many other nieces, nephews, other relatives and dear friends.

In addition to his parents, he was preceded in death by his father and mother in-law, Chester and Dorothy (Muraski) Davis.

A celebration of Michael's life will be held on Monday, January 18, 2016 at WICHMANN FUNERAL HOME, TRI-COUNTY CHAPEL, 1592 Oneida Street, Menasha. Visitation will be held at the funeral home starting at 3:30 pm until the time of the service at 5:30 pm. Online condolences may be offered at www.wichmannfargo.com. In lieu of flowers, a memorial fund has been established in Michael's name.

The family would like to thank Dr. Phillips and the entire staff of Fox Valley Hematology and Oncology for all the years of compassionate care. The family would also like to thank the many special nurses and care-givers at Cherry Meadows Hospice for the kindness and loving care shown to Mike and support given to his family. We know he touched you all.

“What you leave behind is not what is engraved in stone monuments, but what is woven into the lives of others.”

You will be in our hearts forever.