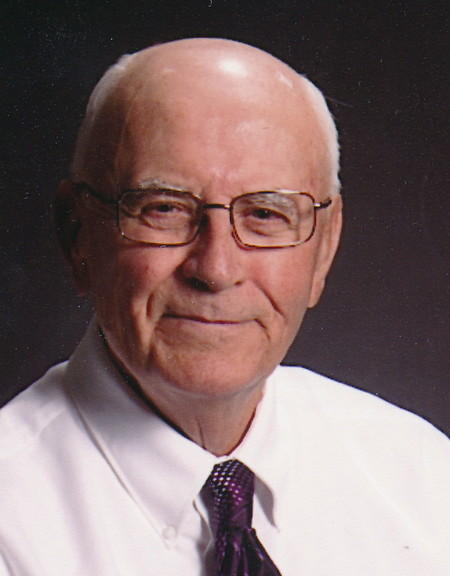 Mike Hritz, age 83, passed away at Theda Clark Medical Center on Thursday afternoon, October 10, 2013. Mike was born in Streator, Illinois, on September 5, 1930, son of the late George and Emma (Palanos) Hritz. He attended high school in Illinois, and in 1950 entered the United States Air Force. On November 18, 1951, he married the former Joyce Fredericks in Toluca, Illinois; she survives. Following his discharge from the Air Force in 1954, the family began to grow, and Mike and Joyce were blessed with four children. In 1970 the family moved to Eau Claire. For a time, Mike and Joyce lived in Texas, but have resided in the Fox Valley area for many years. Over the course of his working career, Mike was an iron worker, a welding instructor, and a heavy equipment sales representative. He loved hunting and fishing, and was a former member of the Masonic Lodge. One of his great loves was food – he loved to cook, and to dine with family and friends.

Funeral services for Mike will be held at 12:00 Noon on Monday, October 14, 2013 at the Wichmann Funeral Home Tri County Chapel, 1592 Oneida Street in Menasha, with Pastor Rick Ribble officiating. Military honors will follow the service, and a private burial will take place at Highland Memorial Park. Family and friends will gather to remember Mike at the funeral home on Monday morning, from 10:30 AM until the time of the funeral service at 12:00 noon. Online condolences may be offered at www.wichmannfargo.com.