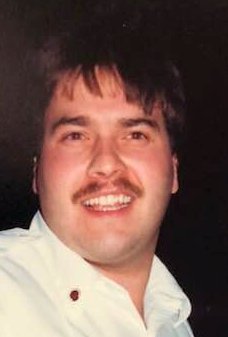 Michael Edward “Mike” Arft, 59, passed away after a heart attack on Saturday, December 9, 2017 surrounded by his family.

Mike was born on June 28, 1958 to Edward and Yvonne (Yunk) Arft. He worked for Gold Cross as a paramedic until he moved to Warrenton, Virgina where he continued in the medical field. Mike then became involved in the hospitatilty industry and worked in that field until he returned to Appleton when his father became ill. Mike fulfilled a promise he made to his father to take care of his mom after he died and he lived with her and took care of her. He enjoyed spending time with his nieces and nephews and had a big heart. Mike was just a good Kid and he will be missed by all who knew him.

Mike was preceded in death by his father Ed and his grandparents.

The funeral service for Mike will be held on Friday, December 15, 2017 at 2:00 PM at the Wichmann Funeral Home. A time of visitation will be held on Friday from 11:00 AM until the time of the service at the funeral home. Online condolences may be expressed at www.wichmannfargo.com. A memorial fund is being established in his name. The family would like to thank Gold Cross Ambulance and Fox Valley Metro Police Department for their help at this difficult time.