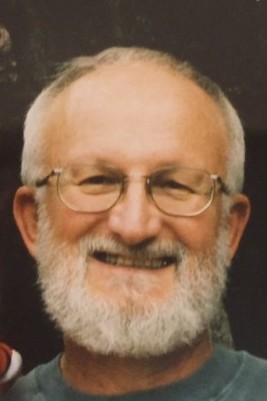 Michael Dillon Furstenberg, age 75, peacefully went to his Heavenly home on June 12th, 2019. He was born August 16, 1943 in St. Louis, Missouri to the late Geraldine (Dillon) Shannon and Dr. Robert Furstenberg. After graduating from Appleton West High School, Michael attended UW-Madison and UW-Oshkosh. Being an Eagle Scout, Michael enjoyed a position as Director of the Boy Scouts of America (Upper Michigan). He also became a Naturalist for the Wisconsin State Parks. Having a passion for clean drinking water, he founded Clean Water Testing & Well Inspections, which employed his son and daughter for a time, and many other employees, until he sold the business in his retirement.

Michael’s interests were anything related to God's creation, especially bird-watching. Much of this was done at their dearly-loved cabin in northern Wisconsin. Michael was an avid Bible-prophecy student and fountain pen collector. Grampy loved his grandchildren and was so very proud of them.

A Memorial Service will be held for Michael at 2 PM on Friday, June 21, 2019 at the Wichmann Funeral Home, 537 N. Superior St., Appleton, WI 54911 by Pastor Joel Smith. Family and friends may visit at the funeral home from 1 PM until the time of service. Inurnment will be in Highland Memorial Park.

Michael’s family would like to extend their heart-felt appreciation to the Theda-Care Hospice staff for their sincere care and his good friends for the friendship, prayers, and support they offered.

To leave a special message or condolences for Michael’s family, please visit wichmannfuneralhomes.com