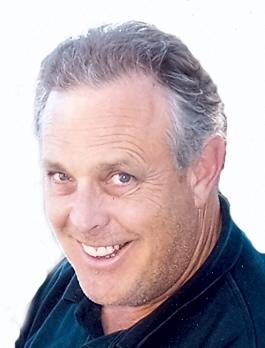 Michael McPhail, age 61, passed away unexpectedly on Wednesday, September 21, 2011 while in Indiana. Mike was born in Antigo, Wisconsin, on August 7, 1950, son of the late Donald and Ruby (Fronek) McPhail. He was a 1968 graduate of the Kaukauna High School, and on January 8, 1971, married his sweetheart since Junior High, Marcia Gerharz. Mike studied Fluid Power Mechanics at Gateway Technical College in Kenosha, and began work at Pierce Manufacturing in Appleton. He also worked in the construction trade for many years, and after living in Phoenix, Seattle, and Chicago, he relocated his family back to Kaukauna in 1998. For the past six years he had worked as a long haul truck driver for Bayland Transport in Green Bay.

Mike loved the outdoors. As a young man, his dad shared the finer points of hunting and fishing with both he and his brother, and their love for the outdoors was life-long. Even when Mike lived out of state, he still made it back each and every year to share the family tradition of the November deer hunt. Mike was also a faithful fan of the Green Bay Packers, and enjoyed sports of all kinds, especially golf. While he had a passion for sports and the outdoors, nothing ever beat the time spent with his family ‚Äì Marcia and the family were truly his favorite pastime.

Mike is survived by his wife: Marcia McPhail of Kaukauna; two daughters: Shannon McPhail of Seattle and Erin McPhail of Kaukauna. Mike was blessed beyond words five years ago when little Collin was born ‚Äì Mike‚Äôs grandson. The two became fast friends and enjoyed each other more than words can say. Collin will miss his ‚ÄúPapa.‚Äô Mike is also survived by his brother: Patrick (Susan) McPhail of Green Bay; five sisters: Barbara Williams of Gulfport, Mississippi; Mary (Robert Courtney) McPhail of Whitefish Bay; DeeDee (Mark) Verboncouer of Kaukauna; Connie (Doug) Engel of Nashville; and Lana (Jim) Agen of Kaukauna; and by Marcia‚Äôs siblings: Dennis (Dixie) Gerharz of Little Chute; Tim (Diane) Gerharz of Pound; Kris Hennes of Kimberly; and Sherry (Rick Halat) Van Daalwyk of Kimberly; as well as many nieces, nephews, relatives, and many dear friends. Mike was preceded in death by his parents and by a sister: Sherri (Roger) Garrison.

Friends may call at the funeral home on Monday, September 26, 2011, from 5:00 PM until 7:00 PM when a memorial service for Mike will be held. It will be led by Mike‚Äôs brother-in-law, Tim Gerharz.

Mike was a wonderful husband, dad, grandpa, brother, and friend. We have lost someone very special in our lives ‚Äì Mike will be missed by all who knew and loved him.

Michael, I will continue to keep and cherish our life together. It‚Äôs always been ‚Äúyou and I‚Äù Love, ‚ÄúPep‚Äù