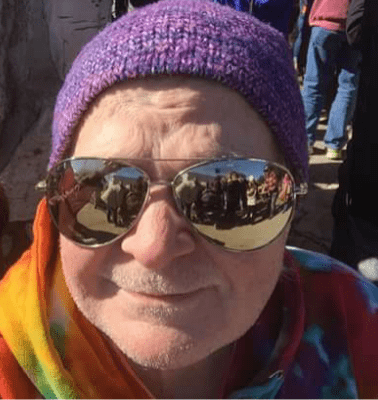 Michael C. “Mike” Loeper, age 69, of Appleton, passed away unexpectedly, at his home, on Sunday, March 1, 2020, of natural causes. Mike was born on December 21, 1950 he was a lifelong resident of Appleton, Wisconsin. He first attended Xavier but then was a graduate of Appleton West High School. After graduation he was employed with Stokley Vancamp and through them he was sent to technical college to obtain his journeyman’s card. He then went on to work at Kimberly Clark as a maintenance mechanic which allowed him the opportunity to travel the world until his retirement at age 56. After retirement he enjoyed working for a local taxi company driving kids to school. In October of 1972 he married Lynn Laga and they enjoyed 47 years together raising their daughters Cori Arizola and Michelle (Nick) Wales. Mike also has three grandchildren, which were the three greatest joys of his life, Braeden Meidam, Giovanni and Kyra Arizola.

He enjoyed volunteering with the Lions Club, working at the Wisconsin Lions Camp sorting eyeglasses. He also enjoyed working the brat stand, always inviting his kids to “Come get a brat”. He also donated his time giving blood, ringing the bells at Christmas, and delivering Meals on Wheels.

Mike was a kind hearted man who went out of his way to help others. Mike was very smart and knew something about everything. If you had a question he always had an answer. If you had a headache he’d ask “did you eat your greens?” He was talented at many things, including everything from doing ceramics to needle point or just making something out of nothing.

Mike was a collector of many things and he never just bought one he had to buy six of each. He was best known for his love of all holidays. He took a great deal of pride in decorating for all of them. On Halloween the house would be filled with family and friends who came to see his decorations, lights and especially his jack o lanterns. On Christmas the whole family would come to see “Mikes tree” which was always beautifully decorated. Another favorite holiday was the Fourth of July. Family, lights and fireworks were enjoyed by all.

If you needed something he had it, you could use it, but you needed to give it back. If not, you could expect a phone call. He was always there when his family needed him. He took care of all of us in his own way.

Mike lived his life the way he wanted. He Wasn’t always pleasant, but you always knew he loved you.

In August 2017, Mike won the biggest battle of his life when he overcame alcohol. As a result we got to know the best version of Mike.

He will be missed.

He is preceded in death by his parents Gerald Loeper and Colleen (Bob) Marcella, brother Brian Loeper and in-laws Chuck and Lavern Laga.

We will miss the man we called husband, dad, grandpa(bumpie), brother, uncle, friend. He was a force. Our force. May the force be with you Dad……Ov Or and Elle

Funeral Services for Mike will be on Saturday, March 7, 2020 at 11:00am at First Congregational United Church of Christ, 724 South River Street in Appleton with Rev. Stephen Savides officiating. There will be a visitation at the church on Saturday before the funeral from 9:00am to 10:45am. Wichmann Funeral Home of Appleton is serving the family. For more information and to express condolences, please visit www.wichmannfuneralhomes.com.