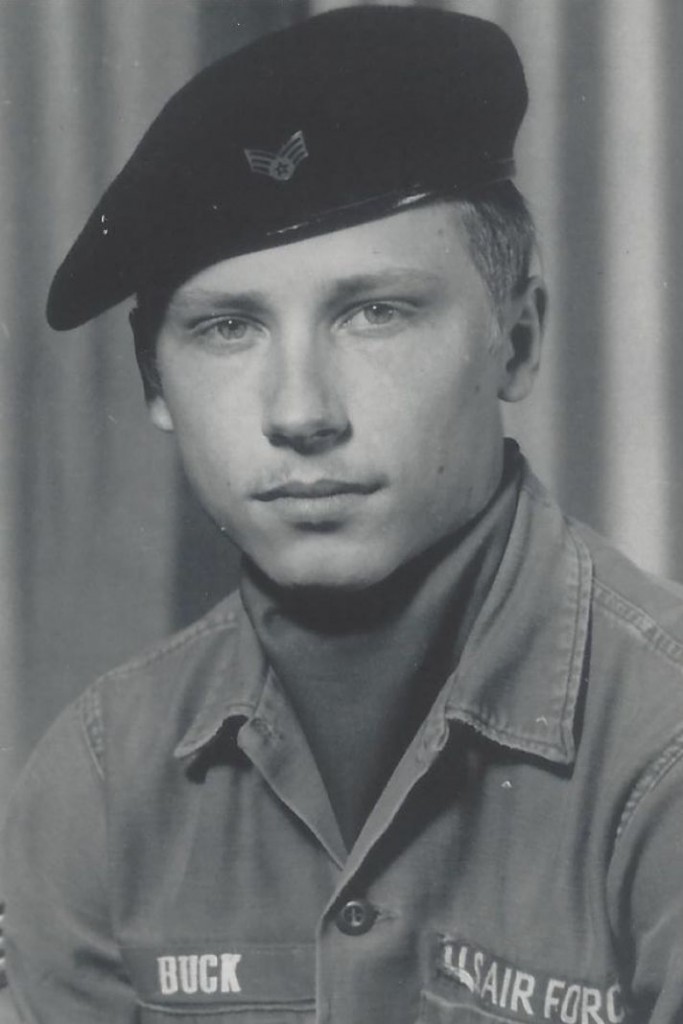 Michael “Mike” James Buck, age 62, passed away after a long and hard fought battle with cancer at home with his family at his side on August 17, 2017.

Michael J. Buck was born in Neenah, WI on December 29, 1954 to Charles and Joyce (Webb) Buck. Mike was a brother to: Pat, Terry, Tom and Lisa Olson and spent most of his young life growing up in Neenah, WI before enlisting into the United States Air Force from 1973 – 1979. Mike served for 6 years as a Security Supervisor before being honorably discharged as a Staff Sergeant.

Mike enjoyed the simple things in life such as his morning coffee, his daily newspaper, and the only two football teams that mattered to him; the Green Bay Packers and the UW-Madison Badgers. He never missed a beat on game day and flew his Packer flag proudly. If he was not wearing a plain blue shirt, which was seldom, he would always be found proudly sporting a t-shirt or crewneck sweatshirt with a logo of one of his favorite teams. If the game wasn’t on, he would without a doubt be engrossed in Fox News or the SciFi channel.

Mike was always generous and extremely charitable. He was a proud and highly active member of the Benevolent and Protective Order of the Elks organization and worked his way into the Inner Guard and held the position as Secretary. Mike always went out of his way to help anyone in need. There was not a single person in his life that he would not have done everything he could to help, even if it meant the shirt off of his back. Mike was the perfect example of, “Doing without so others could have.”

Following his discharge, Mike was a lively and favorited bartender at the Camelot in Menasha. After his time there, Mike embraced his love for cooking at the Country Kitchen where he met his wife, Kay Buck. Mike was a wonderful father to his children, Sera and Nicholas Buck and Denise Bogutske.

A Celebration of Mike’s life will be held on Thursday, August 24, 2017 at GREENLAWN MEMORIAL PARK, 1451 Green Valley Road in Neenah. Service will begin at 2:00 p.m. followed by Military Honors. In lieu of flowers, Mike’s family will be forwarding memorials to The Elk Veterans Services. A full obituary can be found at: www.wichmannfargo.com.

Mike and his family would like to thank Heartland Hospice and the care staff of Bill, Alma, Kaiti and Roy for their unrelenting care during our time of great need.