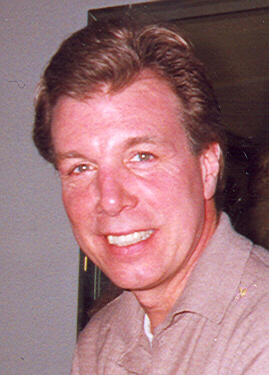 Michael B. Otis, age 61, died unexpectedly from a sudden heart attack on Wednesday, February 13, 2008, at his home in Chicago. Michael was born on September 29, 1946, in Manitowoc, to Louise (Gleichner) and Delmar “Bud” Otis. Michael was a loving son, brother and uncle who will be greatly missed. He was a 1964 graduate of Appleton High School. Michael moved to Chicago 40 years ago to pursue his career in the field of high-fashion fur merchandising. For the past 16 years he was associated with Andriana Furs, a full service salon on Michigan Avenue. Michael was well-known for his love of life and his large circle of friends. Survivors include his mother, Louise Otis, Kimberly; his brother, Greg (Peg) Otis, Appleton; his sister Kristine (Grandison) Czaplicki, Combined Locks; and his sister, Vicki (Bob) Appleby, Appleton; his nieces and nephews, Corey and Adam Otis; Meghan (Rayn) Warner; Brooke, Courtney, Samantha and Brittany McDonald. He was preceded in death by his father, Bud Otis. Memorial services will be at 7:00 p.m. on Thursday, February 21, 2008, at WICHMANN FUNERAL HOME, Appleton, with Fr. Donald Zuleger officiating. Friends may call at the funeral home on Thursday from 4:00 p.m. until the time of services. In lieu of flowers, a memorial has been established in Michael's name. Condolences may be sent to the family at the funeral home website.
WICHMANN FUNERAL HOME
537 North Superior Street
Appleton 739-1231
www.wichmannfargo.com

Sleep with the Angels, Michael