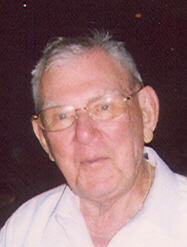 Potter, Merrill
Merrill S. Potter, 89, of Appleton passed away on Sunday, June 28, 2009 at Cherry Meadows.
Merrill was born on September 25, 1919 in Appleton to the late Charles and Laura (Bast) Potter. He was a veteran having served in the US Air Force during WWII. Merrill married Kathryn Besch on September 5, 1981 in Appleton. He was employed by Kimberly Clark for 40 years until his retirement. Merrill is survived by his wife Kathryn of Appleton; 4 children, Trudy (Gerald) Klade, of Lakeland, FL, Jim (Marie) Potter of Germantown, Tom (Barb) Besch of Omaha, NE, and Terri (Don) Britten of Appleton; 6 grandchildren, 8 great-grandchildren and a sister-in-law, Myrtle Potter of Appleton, other relatives and friends. He was preceded in death by his first wife June, a sister Maxine (Walter) Mueller and a brother Boyd Potter.
A memorial service will be held on Thursday, July 2, 2009 at 6:00 PM at the Wichmann Funeral Home. Friends may call on Thursday from 4:00 PM until the time of services at the Funeral home. Inurnment will be in the Highland Memorial Park. In lieu of flowers a memorial fund is being established in Merrill's name.
Wichmann Funeral Home
537 n. Superior St
Appleton 739-1231
Online Condolences
www.wichmannfargo.com