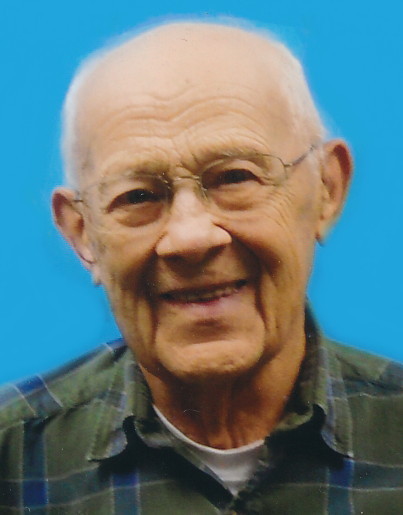 Merlin P. “Butch” Moderson, 85 of Appleton passed away on November 8, 2014. Merlin was born on September 14, 1929 in Kimberly, Wisconsin to Paul and Irene (Bartman) Moderson. He was a graduate of Kimberly High School. After graduation he served his country as a member of the U.S. Army. On April 11, 1953 he married his wife Dorothy and they enjoyed over 61 years together. He was a longtime employee of Appleton Coated Paper, where he was a member of the Quarter Century Club, working in the coating department and retiring on January 31, 1997. He attended Sacred Heart Parish in Appleton. Merlin was an avid Packers fan. He loved playing the Lottery and recently made a trip to Madison after winning $1, 000.00. He also enjoyed Polka music and dancing. Merlin was also known for his love of bicycling. In 1972 he started riding his bike to work from his home and the family estimates that he has ridden well over 40, 000 miles on his bicycle.

He was preceded in death by his parents Paul and Irene Moderson, Dorothy's parents William and Leona Heiman; brothers-in-law: Don Hale and Adrian VanRoy.

Friends may call at Wichmann Funeral Home, 537 N. Superior Street in Appleton on Thursday November 13, 2014 from 4:00 to 7:00 pm. There will be a Parish Prayer Service at the funeral home on Thursday at 6:30 pm. Visitation will continue on Friday from 9:30 to 10:30 am at Sacred Heart Parish, 222 E. Fremont Street in Appleton. Mass of Christian Burial will be Friday at the church at 10:30 am with military honors to follow. Burial at Highland Memorial Park. For more information and to express condolences, please visit www.wichmannfargo.com.