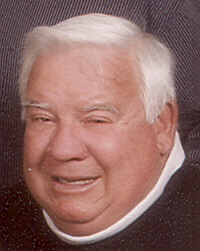 Merlin M. Pecha, age 65, passed away Tuesday evening, May 19, 2009, at St. Elizabeth Hospital after a four-week battle in ICU (A special thanks to the doctors, Bill, Diane, Marie and the rest of the staff that helped care for him). He was born June 2, 1943 in Wausau, WI to Norma (Selle) and the late Marvin Pecha. On August 15, 1964, Merle married Sally Durkee and together enjoyed 45 years of marriage. Merle re-found his faith attending New Hope Lutheran Church and the family greatly appreciates the Church and Pastor Jeff's support. Sports were in the essence of his being, from his college days at UW-La Crosse where he was a four-year letter winner to his days playing fast pitch softball. He has always had a passion for hunting, fishing, watching (and critiquing) the Green Bay Packers and Chicago Cubs.
Merle is survived by his loving wife, Sally; his children, Forrest Pecha (Whitney Nichols), Atlanta, GA; Tara (Travis) Thurber, Neenah; two grandsons, Dalton and Dylan Thurber. He is further survived by his mother, Norma Pecha; his brother, William (Debra) Pecha; his sister, Nancy (and late Larry) Godfroy; and many other relatives and friends. If friends were worth money I would be a millionaire. He joins his father, Marvin.
Funeral services for Merlin will be held at 10:00 am, Saturday, May 23, 2009, at New Hope Lutheran Church, 1850 American Drive, Neenah, with Reverend Jeff Prewitt officiating. Burial will be in Mosinee City Cemetery. Friends may call at the church from 4 to 8 pm Friday, May 22, 2009 and on Saturday at the church from 9:00 am until the time of the service. A memorial fund is being established.

If you knew Merle, he was a man of few words but wasn't afraid to let you know what he thought. He will be greatly missed.