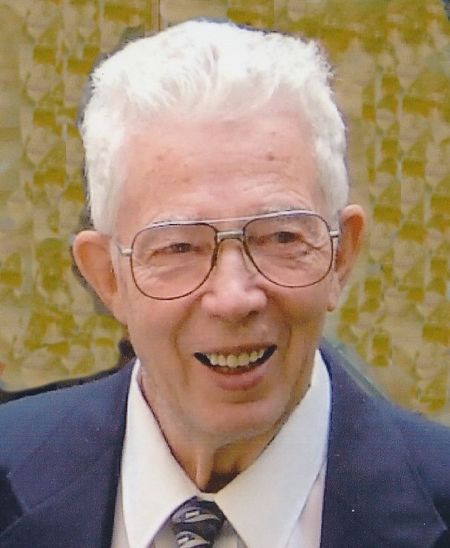 Merlin E. Kelpinski, of Appleton, age 89, passed away on Tuesday, August 7, 2012 in Waupaca. He was born on July 12, 1923 in Bear Creek, Wisconsin, the son of late Edward and Elizabeth (Pelke) Kelpinski. On September 20, 1944, Merlin married Mary Schuh at Holy Name Catholic Church in Kimberly, she preceded him in death. He was employed for 40+ years at Fox River Paper Mill, retiring in 1985. Merlin and Mary enjoyed many happy years with their family and friends at the cottage on Stratton Lake. He was a lifetime member of St. Joseph Catholic Church in Appleton. Merlin enjoyed fishing, square dancing, and playing cards. He was known as “Mr. Fix It”, and loved staying busy and being independent.

The funeral liturgy for Merlin will be at 10:30 a.m. on Saturday, August 11, 2012, at ST. JOSEPH CATHOLIC CHURCH, 410 W. Lawrence Street, Appleton, with Fr. David J. Funk, OFM. CAP officiating. Interment will take place at the parish cemetery. Friends may call directly at the church on Saturday from 9:30 a.m. until the time of mass. Online condolences can be expressed at www.wichmannfargo.com.