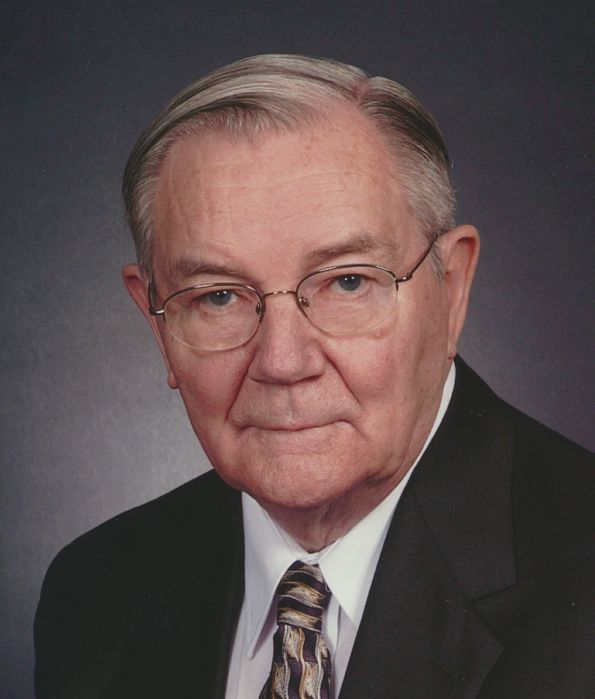 Merlin Luebke, age 88 of Appleton, passed away peacefully at Brewster Village early on the morning of Friday, September 22, 2017. Merlin was born in Appleton on June 3, 1929, son of the late Louis and Clara (Hoffman) Luebke, and was a graduate of Appleton High School. He served his country as a member of the United States Army from 1951 until 1953. In July of 1951, he married Betty Warner, whom he had met singing in the church choir. The couple enjoyed over sixty years together, until Betty’s death in 2012. For many years Merlin worked with his father at Luebke Electric, and in 1957 became employed by the former Wisconsin Wire Works. He retired in 1999.

Merlin enjoyed traveling to Europe over the years, volunteering at the Children’s Museum, and amateur photography. He was a longtime and faithful member of Faith Lutheran Church where he was active as an usher, deacon, and trustee. Some of his favorite times were spent sharing his “wisdom” with a grandchild or great-grandchild on his knee.

The funeral service for Merlin will be held at 11:00 AM on Tuesday, September 26, 2017 at FAITH LUTHERAN CHURCH, 601 E. Glendale Avenue in Appleton, with Rev. Daniel Thews officiating. Interment will take place in Highland Memorial Park. Family and friends are invited to gather at the Wichmann Funeral Home, 537 N. Superior Street, on Monday from 4:00 PM until 7:00 PM, and again Tuesday at the church from 10:00 AM until the hour of the service.

The family would like to offer their sincere thanks to all of the special angels at Brewster Village who took such good care of dad during his stay. Your compassion and care meant the world to us and you will never be forgotten by our grateful family.