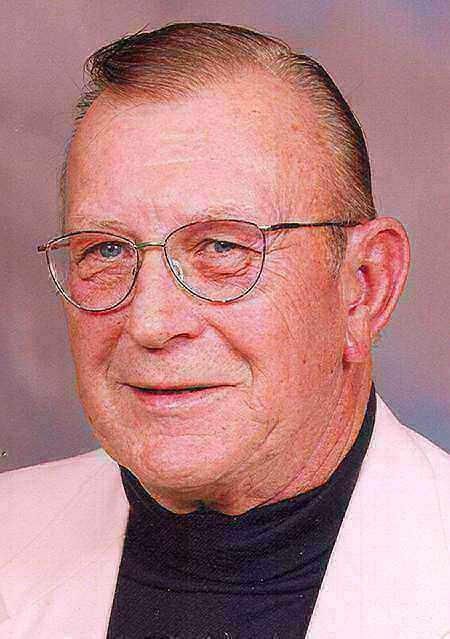 Age 70, passed away on Thursday, February 16, 2006 at Appleton Medical Center after a courageous battle with cancer. He was born on June 7, 1935 in Black Creek to the late Harry and Laura (Jentz) Krueger. Upon graduating from Seymour High School in 1953, he served his country with the Marines during the Korean War and later attended Lawrence University. He was employed for many years by American Can and the Appleton Post-Crescent. He was proud to be the former president of the Wisconsin F.F.A., and a member of the V.F.W., the American Legion, and the Genesis Club. He enjoyed ceramics, gardening, and traveling, especially to the Rockies.

Funeral services for Mr. Krueger will be held on Monday, February 20, 2006 at 4 P.M. at Our Saviour‚Äôs Lutheran Church (3009 N. Meade Street) with Rev. Dennis E. Ellisen officiating. Friends may call at the Wichmann Funeral Home on Sunday, February 19 from 2 until 4 P.M. and again on Monday from 3 P.M. until the time of the service. Interment will be in Highland Memorial Park. A memorial is being established.

The family would like to thank the nursing staff in the Oncology unit at Appleton Medical Center and the staff at Franciscan Care Center for their special care. We also want to thank Dad‚Äôs many friends of Bill W.