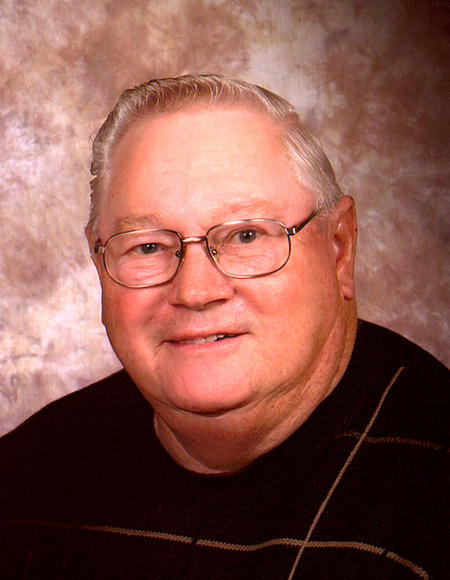 Merlin E. “Merle” “Uncle Pete” Weyers, 71, Kimberly, passed away unexpectedly on December 24, 2013 at his home. Merle was born December 11, 1942 in Kimberly Wisconsin to Jacob “Pinky” and Elizabeth (Hietpas) Weyers. He was a 1961 graduate of Kimberly High School. He served his country as a member of the US Army during the Vietnam War. On October 4, 1968 he married Anita Wiese at St. Paul Catholic Church in Plainfield Wisconsin and they enjoyed over 45 years together. He was a longtime employee of NewPage (formerly Kimberly-Clark) until his retirement in 2004. He was a member of Holy Spirit Catholic Church in Kimberly. Merle loved to spend time at the family cottage. He enjoyed the outdoors and especially liked hunting and fishing. He was an avid sports fan and especially loved the Packers, Brewers, Badgers and NASCAR.
He will be sadly missed by his wife Anita, children; Kellie (Erich) Kocher, Appleton, Tammy (Keith) Wenzlaff, Appleton, Sherry (special friend Ron Hartjes) Weyers, Manawa and Christa Weyers, Kimberly, grandchildren; Matt, Leah and Emily Kocher, Zach and Jacob “Jake” Wenzlaff, Amanda Hartjes; his dog and faithful companion Brandi, sister Waneta (Ron) Van Boxtel, Ft. Meyers Florida, brother Wayne Weyers, West Bend and the Friday Night Fish Crew; John and Nancy, Donna and George and Vonnie as well as many other relatives and friends.
He was preceded in death by his parents, his step-father Dennis Thome, brother Eugene “Gene” Weyers, sister-in-law Betty Weyers-Burns, twin nephews John and Joseph Weyers, Anita's parents Everett and Hilda Wiese.
Memorial Services will be held on Saturday January 4, 2014 at 11:30 am with Fr. Bob Kollath officiating at Holy Spirit/Holy Name Church, 600 E. Kimberly Avenue, Kimberly Wisconsin. Military Honors to follow immediately. Visitation will be at the church on Saturday January 4, 2014 from 9:30 to 11:30 am. Online condolences may be expressed at www.wichmannfargo.com.
The family would like to thank the first responders and staff of Fox Valley Metro for the assistance they gave. In lieu of flowers, a memorial fund has been established.