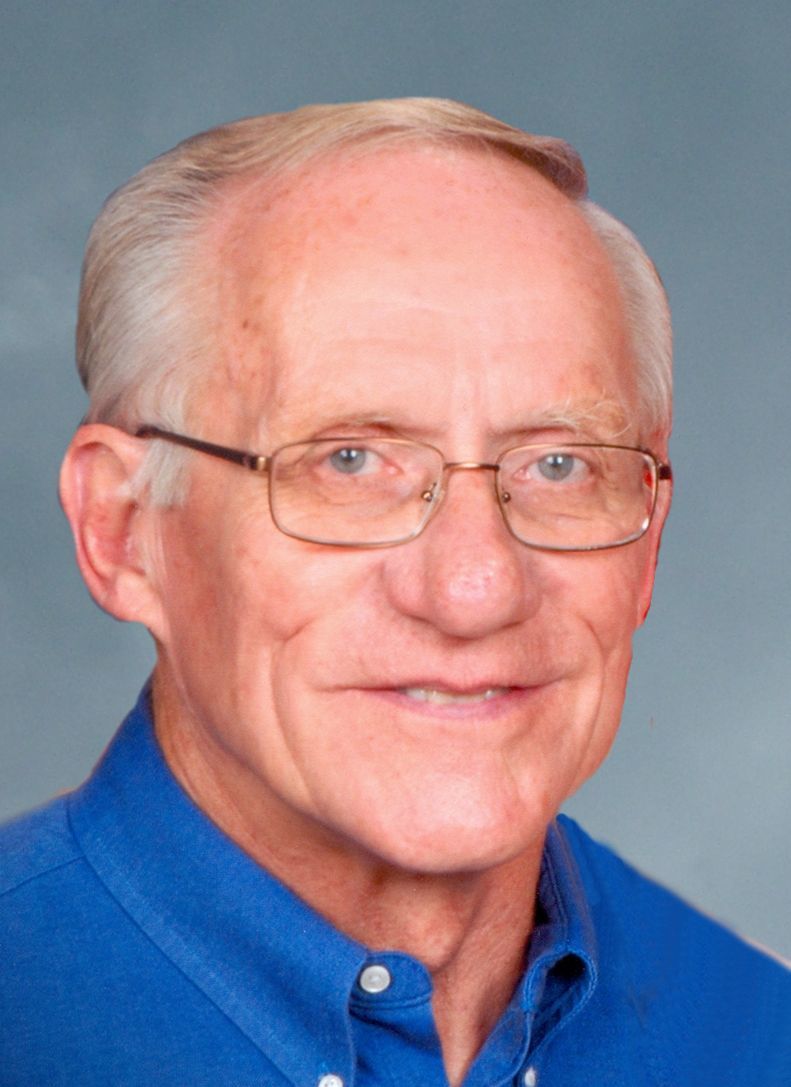 Mel Kruse, age 73, passed into the loving arms of his Savior on Friday morning, September 23, 2016 at ThedaCare – Neenah, following an illness. Mel was born in Green Bay on October 23, 1942, son of the late Oliver and Ethel (Mader) Kruse. He was a 1960 graduate of Kaukauna High School and received a degree in Mechanical Engineering from the University of Wisconsin – Madison. On October 12, 1968, Mel married Marilyn Troeller of Hartford. Together, the couple was blessed with and raised four Christian children. Over the years, Mel put his engineering expertise to work at Giddings and Lewis, Fox Tractor (Koehring) in Appleton, and retired from Metso in 2004. Mel was a member of the American Society of Mechanical Engineers, and held offices in that organization. Even though he was still hard at work as an engineer, he and his brother Oliver took on the task of operating the family farm in Kaukauna. Mel was an active outdoorsman, and loved to travel, camp, hike, hunt, bike and just enjoy God's beautiful creation. He also enjoyed reading sci-fi paperbacks. Mel was a lifetime member of St. John Ev. Lutheran Church in Kaukauna, and served several terms as president as well as various other offices. He served on committees at Fox Valley Lutheran High School. Mel was also well-read in theological matters, and always welcomed a good discussion about religion. Most important to Mel was his dear family. He loved spending time with his wife, children and grandchildren – they meant the world to him.

Mel is survived by his wife: Marilyn Kruse of Kaukauna; four devoted children: Jonathan (Maureen) Kruse of Jackson and their children Eden and Grantley; Jennifer (Matthew) Zuhlke of Madison and their daughter Abigail; Jeffrey (Danielle) Kruse of Appleton and their children Lydia, Joseph, and Jane; and Jessica (Paul Schroeder) Kruse of San Antonio, Texas. Mel has one brother: Oliver (Joyce) Kruse of Menasha and a sister: Ruth (Bill) Pfund of Kaukauna; as well as many nieces and nephews. Other relatives include Marilyn's family: Ralph (Carol) Troeller of Las Cruces, New Mexico; Eugene Troeller of Tremont, Illinois; Betty (Gerald) Schiller of Chelsea, Michigan; Eldon (Linda) Troeller of Hortonville; Lois Pomerenke of Tempe, Arizona; and Madeleine (Roland) Haass of West Bend. Mel was preceded in death by his parents, Oliver and Ethel.

The Christian Funeral Service for Mel will be held at 1:00 PM on Monday, September 26, 2016 at ST. JOHN EV. LUTHERAN CHURCH, N9125 Military Road, Kaukauna, with Rev. Andrew Luehring officiating. Interment will follow in the church cemetery. Family and friends are invited to gather at the church on Monday morning, from 10:00 AM until the hour of the service. For more information or to share a memory of Mel, please visit www.wichmannfargo.com.

In lieu of flowers, memorials may be directed to St. John Ev. Lutheran Church in Kaukauna, Fox Valley Lutheran High School in Appleton, or the Wisconsin Lutheran Chapel and Student Center in Madison.