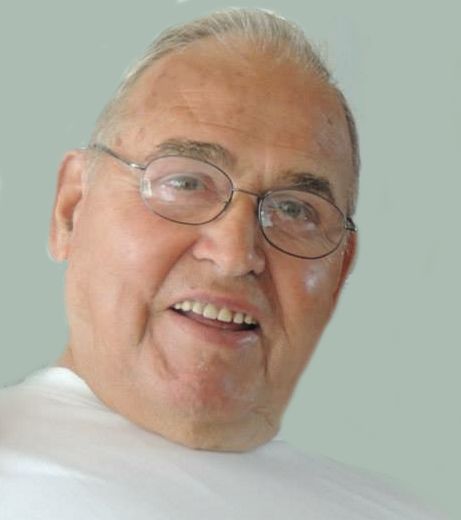 Mel Vanderlinden, age 83, of Appleton, passed away on Tuesday morning, May 19, 2015 at Theda Clark Medical Center in Neenah. He was born on July 30, 1931 in Appleton, to the late Clifford and Evelyn (Gerard) Vanderlinden. He attended Sacred Heart Catholic School, and then joined the U.S. Army during the Korean War. Mel served his country from September 13, 1950 until September 12, 1953 and received The Purple Heart. On October 11, 1952 he married the love of his life, Mary Thompson in Daleville, Alabama. They shared 53 years together until her passing on May 19, 2006.

Mel was a race car driver at the Outagamie Speedway, and other surrounding area race tracks. He was a member of the Rusty Spokes (Motorcycle Club) and St. Joseph Catholic Church. Mel retired in 1996 from Palisades Heating and Cooling in Menasha. After retirement he drove bus for Lamers Bus Lines for 15 years. Over the years Mel enjoyed motorcycling, racing, gardening, but most of all spending time with his family.

The funeral liturgy for Melvin will be held at 10:30 AM on Friday, May 22, 2015 at ST. JOSEPH CATHOLIC CHURCH, 410 West Lawrence Street in Appleton. Fr. Jim Leary, O.F.M. Cap will be officiating. Entombment with full military honors will take place at Highland Memorial Park. The family will receive relatives and friends on Friday morning at the church from 9:00 AM until the time of mass. In lieu of flowers, a memorial fund has been established. Online condolences can be offered at www.wichmannfargo.com.

The family would like to extend their thanks to the incredible staff at Theda Clark for all of the care and compassion shown to our family these past two weeks. The nurses, physicians, and staff were just wonderful, and we will never forget everything you have done for us.