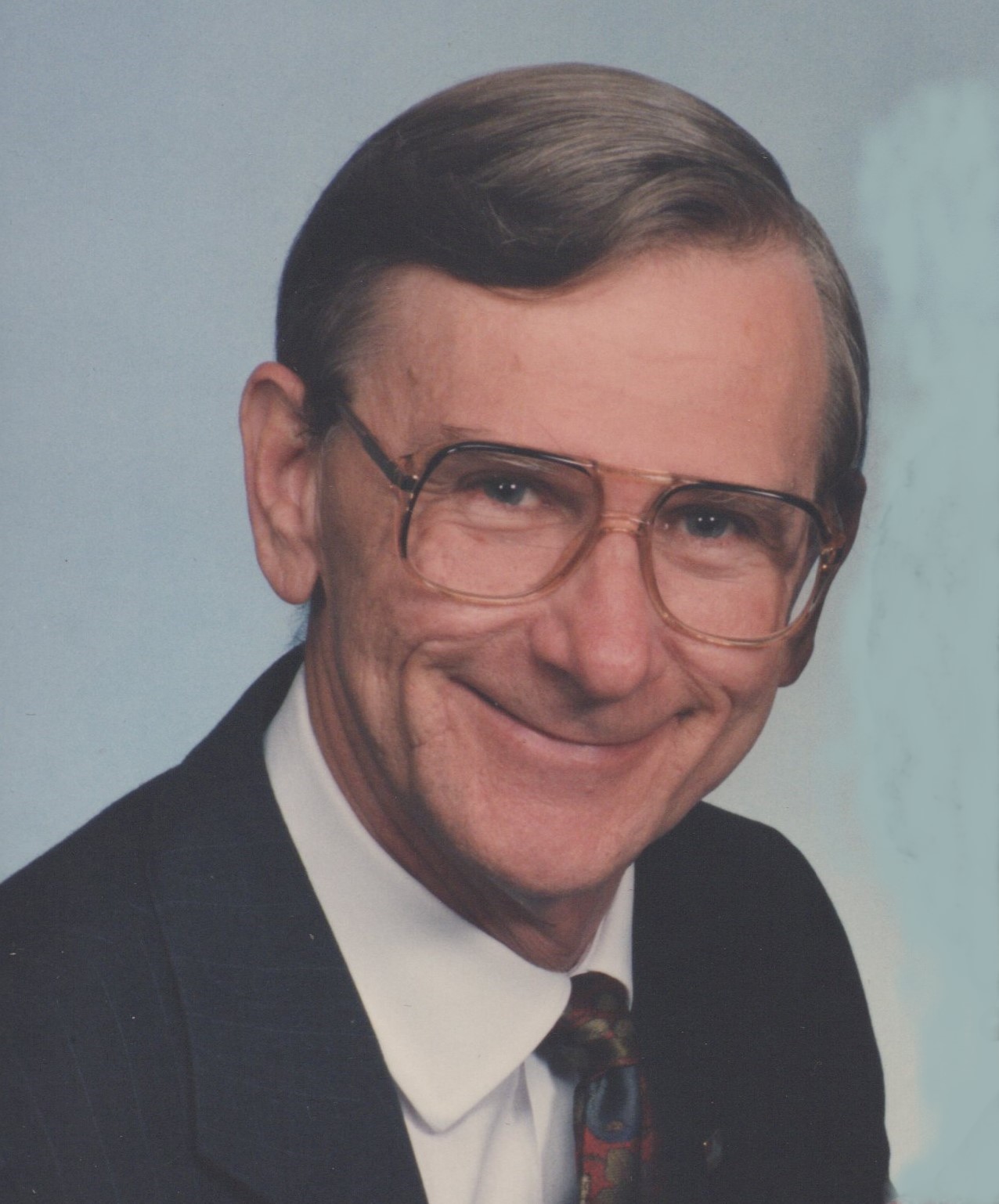 Maynard Allen Kunschke age 88, husband of his beloved Mary Ann (Peters), died October 27, 2021, in Kaukauna, WI.  A founding member of Our Redeemer Lutheran church Maynard was active there throughout his life of service as president and treasurer of the council.  Maynard and Mary Ann met as youngsters in Clover Leaf Lakes, WI and their lifelong friendship blossomed into romance resulting in their marriage on August 22, 1953.

At the time of their marriage, Maynard was a student at Lawrence University in Appleton, and they spent their first year of marriage living in a quonset hut on campus.  Maynard graduated from Lawrence University in 1955.  Soon after that they welcomed son Tod, daughter Amy and then son Thomas to the fold. In 1961 they built their home in Appleton, WI where they raised their children, and shared laughter with family and friends.

Ever the detail man, he put his skills to good use as a CPA becoming a partner with Grant Thornton and then CFO of F&M Bank.  Maynard was known in his family for taking care of everyone and was a good listener and observer of people.

Maynard and Mary Ann enjoyed bowling and dancing. Mary Ann and Maynard spent many of their summers at the cottage in Mount Morris, WI where Maynard retreated to relax and tinker.  The cottage allowed Maynard to reignite his enjoyment of bass and bluegill fishing.

Maynard is survived by his wife of 68 years Mary Ann, their son Thomas (Emily) and grandchildren Eric, Jennifer, Keith, Jaclyn, Kalyn, and Cassie.  He is further survived by 5 great grandchildren, his sister Charmaine, and many cousins, nieces, nephews, and friends.

A service for Maynard will be held on November 20, 2021, at 11am at Prince of Peace Lutheran Church, 2330 E Calumet Street, Appleton WI 54915. Friends and family may gather one hour prior to the service for a time of visitation.