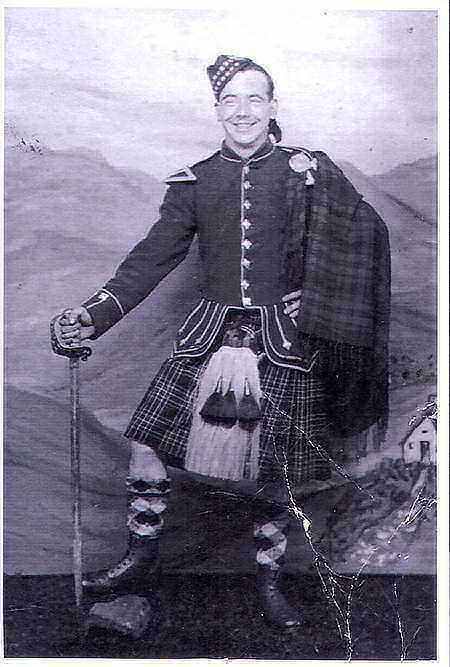 He was born February 6, 1924, in Ayrshire, Scotland, the son of Francis and Jane (McCormick) Beattie. Scotty enlisted in the Argyle and Sutherland Highlanders at the age of 16. He landed on Sword Beach on D-Day and served in the European Theatre for over five years. Scotty was injured in battle and was a former prisoner of war. He helped with the liberation of Norway and the freeing of prisoners in the Jewish concentration camps. Scotty also served in Burma.
The family came to the United States in 1948, and Scotty enlisted in the United States Air Force in 1949. Scotty met Elaine Hoffmann in Appleton. They were united in marriage on June 24, 1950, at St. Therese Catholic Church. He was a member of the BPOE Elks Lodge, Appleton, and the Masonic Lodge.

Survivors include his loving wife of 57 years, Elaine; his sons, Patrick Beattie, and Francis (Ginger) Beattie, Neenah; his daughters, Jane (Jesse) Schiltz, and Susan (Mark) Tillman, Neenah; there are 18 grandchildren and seven great grandchildren; two sisters, Jean Baumann and Ina DeCline, Appleton; and many nieces and nephews. He was preceded in death by his parents, a sister, Nancy Byatt, and his step-father, Gavin Morrison.

Funeral services for Scotty will be at 11:00 a.m. Friday, October 5, 2007, at WICHMANN TRI-COUNTY CHAPEL, with Chaplain Jordan Kuczwara officiating. Visitation will begin at 10:00 a.m. Friday until the time of services at the funeral home. Scotty will be laid to rest at St. Joseph Cemetery. A memorial is being established in his name.

The family would like to express their thanks to Dr. Elisberg and Dr. Claypool, as well as the ThedaCare At Home Hospice staff. Scotty thought so much of you all.