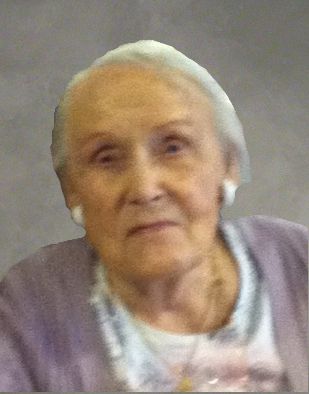 Maxine Brill, age 101 of Appleton, passed away at Brewster Village. Maxine was born in Stevens Point on July 20, 1917, daughter of the late Joseph and Aurelia (Warczak) Krygier. After graduating high school at the age of sixteen, she attended beauty school in Chicago for a year, and later married Walter Wisniewski. The family resided in Berlin for many years where they raised their family. Walter passed away in 1972. Later she married Larry Brill of Stevens Point, who has also preceded her in death.

She loved golfing, playing cards (especially bridge), dancing, and serving others. Maxine was a faithful and devout Catholic who was active in her church in a variety of ways and sang in the church choir. She had a great love for music - a love she instilled in her children. In her later years, she also enjoyed travel.

She was preceded in death by her parents, husbands Walter Wisniewski and Larry Brill, a son Dr. John Wisneski, a daughter Mary Stark, a son-in-law Charles Howard, and a brother Dr. John Krygier.

A prayer service for Maxine will be held at 10:00 AM on Tuesday, September 18, 2018 at the Wichmann Funeral Home, 537 N. Superior Street in Appleton, with Fr. Amal Roche officiating. Burial will follow in Plover, Wisconsin. Family and friends are invited to gather at the funeral home on Tuesday morning from 9:30 AM until the time of the prayer service. In lieu of flowers, the family has established a memorial fund for Catholic Charities.

The family would like to extend their gratitude to everyone at Brewster Village for the love and compassion shown to Maxine during her stay. You treated our mom as though she was your very own, and we will always remember your kindness.