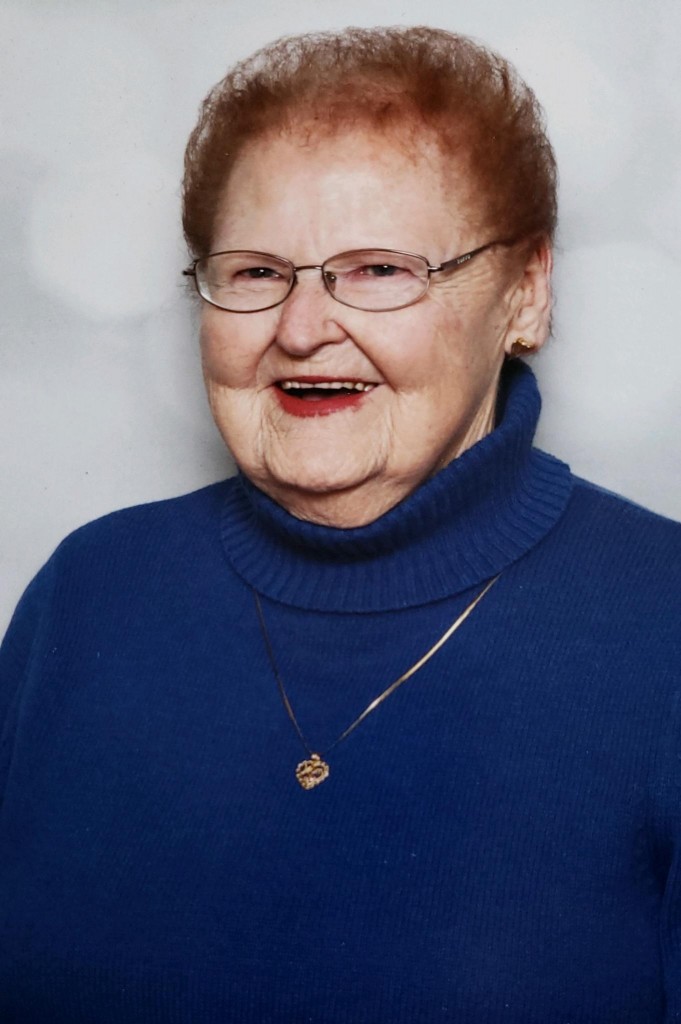 Maxine Wichman, age 87, of Kimberly, passed away on Thursday, April 11, 2019. She was born on June 1, 1931, daughter of the late Henry and Francis (Vervoort) Vanden Boogard. She was raised in Kimberly and graduated from Kimberly High School in 1949.

Maxine met the love of her life, Otto Wichman at Kimberly Clark and the two were married at Holy Name in Kimberly in 1952. They had six children together and raised their family in Kimberly. Maxine worked as a waitress and Tony’s Wonders and Mark’s Eastside for many years until she retired at the age of 63. Maxine was incredibly proud of her work with the Women’s Auxiliary where she was the secretary and president. She enjoyed playing cards, bingo, going to the casino and was a great cook. Maxine was a long-time, loyal member at Holy Name in Kimberly. She always enjoyed time with her family and grandkids and looked forward to trips up to the family cabin in Lakewood.

The memorial mass for Maxine will be held at 11:00 AM on Monday, April 15, 2019 at Holy Spirit Parish-Kimberly Site with Fr. Bob Kollath officiating. Visitation will be held from 9:00 AM until the time of mass.