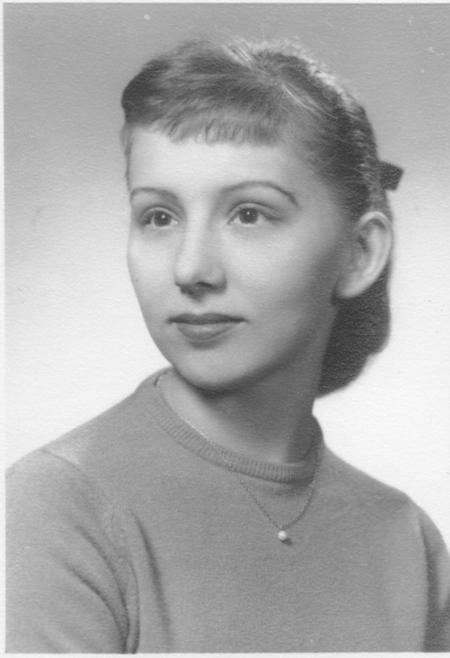 Maxine U. (Schicketanz) Pretzel, 70, Greenville, passed away on January 10, 2012, after a long, almost five year battle with brain cancer. Maxine was born December 27, 1941 in her maternal home town of Germersheim Germany, a small town in the Pfalz region of Germany near the Rhine to her late parents Max and Micheline Gisela Schicketanz.

Maxine married Walter Pretzel on August 19, 1967 in St. Paul's Lutheran Church in Muskego, Wisconsin. Maxine and Walter lived in Greendale, Wisconsin for 40 Years before moving to Greenville in 2006 to be near their grandchildren.

Maxine is survived by her husband, Walter; brother, Frank Schicketanz; son, Jeffery (Gina Willbanks) Pretzel of Houston, Texas; daughter, Jennifer (James) Graham of Appleton and their grandchildren, Hannah, Ava and Reid. Maxine will be dearly missed by her family, nieces, nephews and many friends in Milwaukee, the Fox Valley and beyond.

Maxine and her family came to the Wisconsin after the war in 1950. Maxine's father had come to Chicago in his teen years and graduated from Lake View High School in Chicago before he went back to Germany in the late 30's. Maxine was part of the first graduation class of the new Custer High School, Milwaukee in 1958. Maxine worked in Milwaukee at the Hiller Insurance Agency, and much later with the founding members of Technamet Inc. Maxine returned to school and earned a Bachelor's and then Master's Degree in History from UW – Milwaukee. Maxine worked as a Program Assistant for many years in the Biology Dept. at UW – Milwaukee.

Maxine loved her family and drove from Milwaukee to Appleton every other weekend during her daughter's two difficult pregnancies. She was also working full time at UW – Milwaukee. Maxine was able to baby sit her grandchildren after she moved to Greenville until her illness made things difficult.

Maxine liked to travel, read, knit, walk, bicycle, cook and study medieval history. Maxine was a member of the Bay View Bicycle Club, Cream City Bicycle Club plus the Wisconsin Go Hiking Club all in Milwaukee before their move. She was active in the Prayer Shawl Ministries at First United Methodist Church in Appleton and the Book Club at Immanuel Ev. Lutheran Church in Greenville.

The funeral service for Maxine will be held on Tuesday, January 17, 2012 at 11:30 am at IMMANUEL EV. LUTHERAN CHURCH (W7265 School Road, Greenville) with Rev. David Scharf officiating. Interment will take place at the church cemetery. A time of visitation will be held on Monday at the Wichmann Funeral Home from 6:00 until 8:00 pm and again at the church from 10:30 am until the time of the service.

The family would like to thank the dedicated caregivers with ThedaCare at Home Hospice. They provided the help that allowed Maxine to stay at home. We would also like to thank David Bond and the members of the Fox Valley Brain Tumor Coalition for all their support.

A memorial fund is being established for the Fox Valley Brain Tumor Coalition.