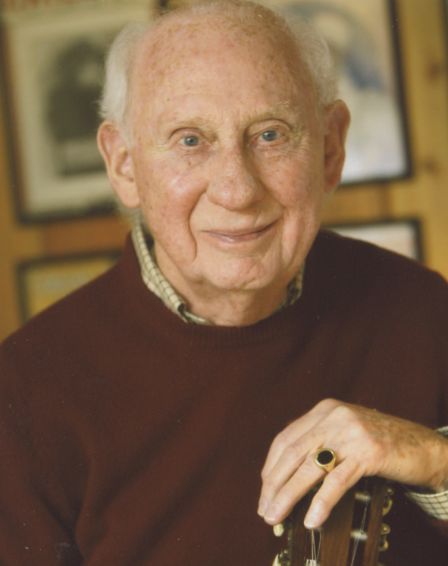 Maury Laws, 95, passed away peacefully on Thursday, March 28, surrounded by the love of his family.

He was born in Hurdle Mills, North Carolina on December 6, 1923. By the age of 16, he had taught himself to play the guitar and was performing professionally with local orchestras.

He served as an infantryman in World War II with Patton’s Army and, after the war, Maury settled in New York to pursue a career in music. He traveled the United States as a guitar player and singer with various vocal groups and orchestras. He eventually became an arranger, composer and conductor for memorable movies and television specials. In 1985, he moved to Appleton with his family, where he contributed to the music and culture of the Fox Cities. Maury was very proud of being inducted in the Wisconsin Academy of Sciences, Arts and Letters as a Fellow in 2011.

He is survived by his wife, Karen, daughter Wendy, Phoenix; son Christopher, Cape Cod; son John (Claire), Chicago; sisters Anne Hall and Patricia (Richard) Manno; and nieces and nephews. He was preceded in death by his parents, Rainey and Lucy Laws, sister Norma Iseley, brothers-in-law E.T. Iseley and Jacky Hall, and his father- and mother-in-law Guy and Marion Krumm.

A private service will be held, and a celebration of Maury’s life and music will be planned for a future date. In concert with Maury’s wishes, and in lieu of flowers, please direct all memorial contributions to the Fox Cities Performing Arts Center.