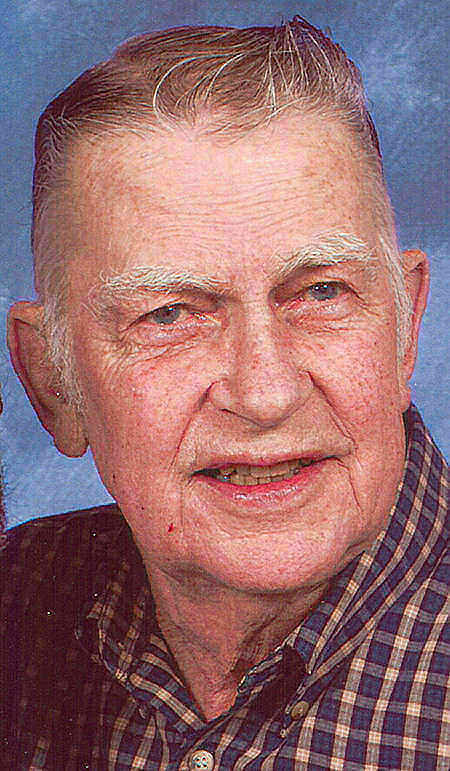 Maurice Huhn, of Appleton, age 83, passed away peacefully on Monday, January 12, 2009 at St. Elizabeth Hospital. He was born on December 6, 1925 in Black Creek, the son of the late John and Hazel (Huse) Huhn. Maurice graduated from Seymour High School in 1944. He then served his country in the U.S. Army Air Corps. On October 21, 1950 he married Marie Frisbie in Black Creek. Maurice worked out of the Plumbers and Steamfitters Local 400 until his retirement and served as a former president. He was a member of St. Bernard Catholic Church and the Grandview Golf Club. Maurice enjoyed golfing, reading and crossword puzzles. He was an avid Packers and Brewers fan.

The memorial mass for Maurice will be held at 11:00 am on Friday, January 16, 2009 at ST. BERNARD CATHOLIC CHURCH, 1617 W. Pine Street, Appleton. Father Dennis Ryan will be officiating. Inurnment will take place at St. Joseph Catholic Cemetery, Appleton. The family will receive friends at the church on Friday from 9:00 am until the time of mass. In lieu of flowers, a memorial fund has been established in his name.