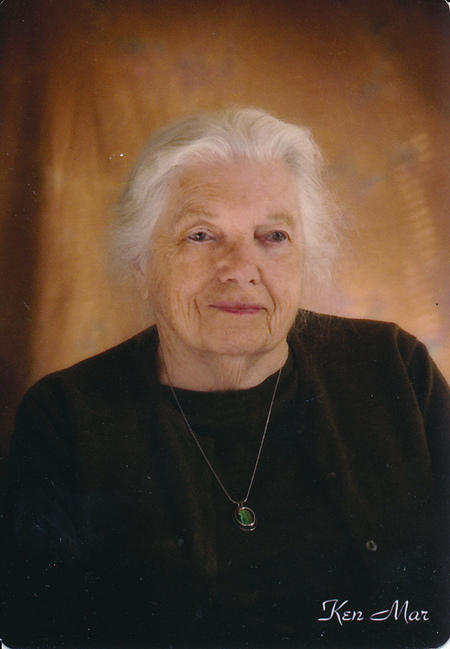 Maud W. Wiley, 99, Appleton, passed away and joined her heavenly Father on October 3, 2013. The former Sylvia Maud Wimbish was born at Red Fork outside of Boydton, Virginia on September 20, 1914 to Claiborne and Frederica (van den Berg) Wimbish. She graduated from high school and Shorter College in Rome, Georgia. She did post-graduate work in teaching at the Clarke School for the Deaf at Smith College in Northampton, Mass. While teaching the deaf in Madison, she met her future husband Averill Wiley. They were united in marriage on August 5, 1941 and enjoyed a wonderful life together until he passed away in November of 2002. She was a longtime member of All Saints Episcopal Church in Appleton, and deeply appreciated her many friendships and the wonderful opportunity to share her faith within the All Saints' community. Maud loved her family. She was a loving wife, mother of two Eagle Scouts and a doting “Grandmaudie” to her grandchildren and great grandchildren. She was a marvelous hostess of family Sunday dinners. Every Christmas season, her home was open to friends and family where she demonstrated true Southern hospitality, including Averill's Egg Nog recipe, homemade fruit cakes, bird's nests, krumkake, Christmas cookies and pecans. She cherished her memories of family vacations to Door County, as well as annual trips South to see her Georgia family. She was a member for more than fifty years of the Fortnightly Club in Appleton and was active within the Institute of Paper Chemistry community. Maud loved Lawrence University music events, and enjoyed many recitals of and relationships with her dear friends on the Lawrence faculty. Maud was an active Bridge player and loved bird watching. She corresponded with many friends through letters, as well as cards bought from Conkey's Bookstore. She had a Chistmas card list of more than 300 friends and relatives. She had a wonderful sense of humor and was quick to share a story, recite a poem, or sing a song. Throughout her life, Maud was a frequent visitor to local nursing homes. Averill raised beautiful flowers and Maud cut and delivered them.
She will be sadly missed by her children: A. John (Sandy) Wiley, Appleton and William T. “Bud” (Gail) Wiley, Weaverville, North Carolina, nine grandchildren: Nell (Roger) Houser, Ben Wiley, Ladd (Sandy) Wiley, Frederica (Craig) Doriot, Laura (David) Lee, Anne Wiley, Phil (Katie) Davidson, Jimmy (Amy) Davidson, and Peter Davidson, 18 great-grandchildren, special family friends Steve and Suzanne Jordheim and their daughter Alisa Jordheim, as well as many other relatives and friends.
She was preceded in death by her parents and her husband Averill.
There will be a memorial Service for Maud on Thursday October 10, 2013 at 11:00 am at All Saints Episcopal Church, 100 N. Drew Street in Appleton. Visitation for Maud will be held Wednesday from 4:00-7:00 pm at Wichmann Funeral Home, Superior Street Location. Online condolences may be shared at www.wichmannfargo.com.
The family would like to thank the staff and nurses of Heritage Woods and her physicians for their loving and attentive care.