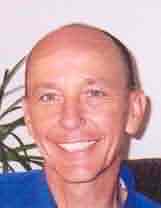 Age 47, died Wednesday evening, September 17, 2003, following a courageous 2 ¬Ω year battle with cancer. He was born October 30, 1955, to David A. and Margaret R. (Gavlek) Kirsling, in Appleton, where he was a resident all of his life. Matt graduated from Appleton High School-West in 1974 and then attended Fox Valley Technical College‚Äôs Electrical Apprentice Program. He was employed by Great Northern Corporation for 26 years. Matt married Sandra L. Stumpf on May 29, 1976. He was a member of First English Lutheran Church and was an avid fisherman who belonged to the Fox Valley Bass Club. Survivors include his wife, Sandra L. (Stumpf) Kirsling, to whom he had been married for 27 years; their daughter, Jennie Kirsling, Manitowoc, and her special friend, Zack Kovar, Danbury; his father, David A. Kirsling, Appleton; four bothers, Steven Kirsling and his special friend Darlene Petite, Appleton; Christopher (Mary) Kirsling, Menasha; Mark (Janet) Kirsling, Neenah; James (Jody) Kirsling, Appleton; his mother-in-law, Juanita Stumpf, Shiocton; brothers and sisters-in-law, Steven Stumpf and his special friend, Luanne Oskey, Shiocton; Susan (Edward) Rosenberg, Green Bay; Carol (David) Fuller, Wausau; Elizabeth Gray and her special friend, John Wise, Frisco, TX; Howard (Brenda) Stumpf, Shiocton; David Stumpf, Shiocton; Richard Stumpf and his special friend, Faith Hajengh, Appleton; Donna (Jeff) Zuleger, Rosholt; William (Tammy) Stumpf, Appleton; his dogs, Belle and Misty; and numerous nieces and nephews. He was preceded in death by his mother, Margaret Kirsling, his brother, Joseph James Kirsling and his father-in-law, Howard F. Stumpf. Funeral service will be held at 11:00 am, Monday, September 22, 2003, at FIRST ENGLISH LUTHERAN CHURCH, corner of Drew and North Streets, with Reverend Willis Bloedow and Reverend Frank Conner officiating. Burial will be in Oak Hill Cemetery, Town of Maine. Friends may call at the funeral home from 4-8 pm, Sunday and on Monday at the church from 10:00 am until the time of the service. A memorial fund is being established.

Sandy and Jennie would like to thank Matt‚Äôs co-workers at Great Northern Corporation, their families, friends and neighbors for their loving care and support.