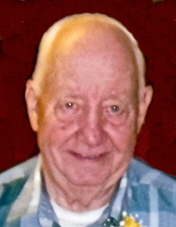 Matt John Lenhart, Jr, age 78, of Kaukauna, passed away on Thursday, August 9, 2012, at Appleton Medical Center following a brief illness. Matt was born in Appleton, on April 25, 1934, to the late Matt and Lillie (Koeller) Lenhart, Sr. He married Karen Hahnemann on June 27, 1959, in Kaukauna. Matt was a loving husband, father, grandfather and great grandfather. He enjoyed hunting, fishing and spending time at the cottage. Matt also enjoyed the time he spent with family, especially the time spent with his grandchildren and great grandchildren. He was a machinist employed for many years by Appleton Manufacturing and later the Menasha Corporation. Matt was also employed at Automatic Handling, Inc. Survivors include his wife of 53 years Karen; his son, Kevin (Shelley) Lenhart; his grandchildren, Taycie (Paul) Schmidt, Kyle Lenhart (special friend, Jaimie), and Kyra Lenhart; his great grandchildren, Jordan Schmidt, Haydan Schmidt and Kali Reynolds; and his sisters, Garnet Lehrer, Gladys Lenz, June May Dorin, Violet Grissman, Beulah Cumber, Joyce Lenhart and Susan Petznik. He was preceded in death by his daughter, Kammy Lenhart, his grandson, Luke Lenhart, and his brothers, William (Mavis) Lenhart, Wilbert Lenhart and Leroy (Irene) Lenhart. Funeral services will be at 11:00 a.m. on Tuesday, August 14, 2012, at IMMANUEL UNITED CHURCH OF CHRIST, 510 Sullivan Avenue, Kaukauna, with Pastor Melinda Feller officiating. Friends may call directly at the church on Tuesday from 9:30 a.m. until the time of services. Interment will be in Union Cemetery. A memorial has been established in his name. The family would like to extend a sincere thank you to the staff at the Kaukauna Clinic and Appleton Medical Center for their loving care. Online condolences may be offered at www.wichmannfargo.com