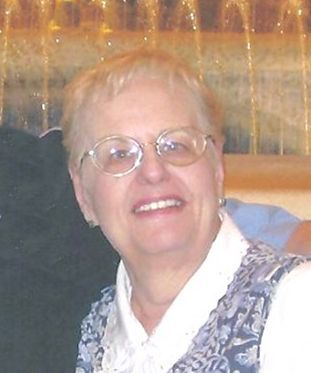 MaryAnn E. Schubert, age 74, of Appleton, was called by God to reunite with him in grace on Thursday, January 21, 2016. She passed away while undergoing surgery at Appleton Medical Center.

MaryAnn was born on October 29, 1941, in Fond du Lac, Wisconsin, to Ambrose and Esther Krebsbach. The second of four children, MaryAnn grew up in a close, independent, and hard-working family. Most of her formative years were spent on the family farm south of Fond du Lac.

After graduating from St. Mary Springs Academy, MaryAnn attended the Fond du Lac Vocational School of Practical Nursing and became a Licensed Practical Nurse. She went on to provide concerned and conscientious care to patients in a variety of settings. This included periods of service in nursing homes and private duty nursing, as well as the traditional hospital setting. Later, she further demonstrated her professional knowledge and experience by successfully completing the Medical Coding program at Fox Valley Technical College.

MaryAnn's vocational interests pivoted in 2003, when she decided to leave the nursing field in favor of helping her son, Mark Schubert, as a legal assistant when he formed his own legal practice. She was a fixture and an integral part of the success of Schubert Law Office for the remainder of her life.

MaryAnn met Charles R. Schubert while caring for him as one of her hospital patients. They subsequently pursued a personal relationship, ultimately leading to their marriage on August 8, 1964, at St. Mary Catholic Church in Fond du Lac. They celebrated their 50 wedding anniversary in 2014.

MaryAnn had a lifelong love of music. While having played a number of instruments including clarinet and tuba, unquestionably her greatest passion was for singing. Some of her happiest and proudest moments involved her membership, along with her daughter Lori Ann, in the Chicago area Melodeers Chorus of Sweet Adelines International, a worldwide organization of over 700 a capella singing groups. As a member of the Melodeers, MaryAnn presented performances throughout the U.S., including an appearance at Carnegie Hall in New York, and became an international champion with the Melodeers' first place performances at the Sweet Adelines competitions in Orlando in 2000, and Arizona in 2003.

MaryAnn drew strength from her Christian faith as a member of the Catholic Church. She was proud to be an American, and believed in the principles underlying the Constitution including the concept of natural rights. She will perhaps best be remembered for her unwavering devotion to family and close friends, and as a selfless and giving person who loved without holding anything back. The lives she touched will forever be changed, and she will be deeply missed.

MaryAnn is survived by Charles, her husband of 51 years; her son Mark; her brother David Krebsbach and sister-in-law Maria; and her nieces and nephews Jeff Krebsbach, Todd Krebsbach, Kevin Krebsbach, Michelle (Krebsbach) Severson, Chad Krebsbach, and Clint Krebsbach; and many other relatives and friends. She was preceded in death by her parents, her daughter Lori Ann Schubert, sister Karen Krebsbach, and brother John Krebsbach.

In lieu of flowers, a memorial has been established in MaryAnn's name to benefit the Angel Fund of the Melodeers Chorus of Sweet Adelines International. Make checks payable to “Melodeers,” with the memo line indicating “In Memory of MaryAnn Schubert,” and mail to Melodeers Angel Fund, Attn: Amy Schwartz, 837 Horatio Blvd, Buffalo Grove, IL 60089. Online condolences can also be offered at www.wichmannfargo.com.