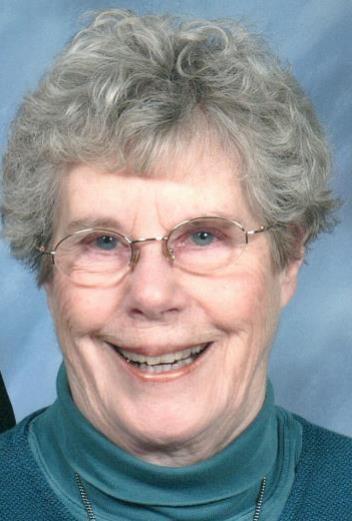 Mary was born on July 27, 1926 to Alexander and Anne (Redmond) Macdonald in Glace Bay, Nova Scotia. Mary died at Agrace Hospice, in Janesville, Wisconsin on January 11th, 2016, surrounded by her family. Mary wed Howard Whitehead on May 31st, 1952 in Halifax, Nova Scotia; they shared 62 wonderful years of marriage. Mary earned a baccalaureate degree from Dalhousie University in Halifax, Nova Scotia, and a B.S.W. from McGill University, in Montreal. Mary and Howard moved from Montreal to Appleton in 1953, and have called Appleton home since that time. Mary was an active member of All Saints Episcopal Church, serving many years on the Alter Guild. She served as a lay director of Cursillo, while serving a term on the diocesan board. Mary was dedicated to her community, and was active in Kings' Daughters, Meals on Wheels, the Salvation Army, the Emergency Shelter, and the Warming Shelter. Mary's most dedicated volunteer work was with LEAVEN; she began her work there in 1988 as a memorial to her daughter, Moira. A deeply committed reader (never fewer than 50 books a year), Mary was a member of Fortnightly Club for over 50 years.

Mary is survived by her children—Jeff Whitehead and his wife Lindsey of Janesville, Wisconsin; Anne Zalenski of Williamsburg, Iowa; Ross Whitehead and his wife Jean of Seattle, Washington; and son-in-law Peter Thorne and his wife Susan of Iowa City, Iowa. Mary is also survived by her grandchildren: Margaret, Henry, Chase, and Ian Whitehead; Julia Zalenski and her husband Ahmed Souaiaia, Grace Zalenski and her husband Kristofer Lyon, and Evan Zalenski; Asa Whitehead; and Alec, Kate and Anneke Thorne. Mary was preceded in death by her husband, Howard, her beloved daughter, Moira, a dear grandson, Charlie, and her sister, Jean. Others who were important to Mary and who will remember her with love include Amy, John, Kevin, Hannah and her nieces and nephews including Ewart, John, David, Richard, Mary Lib, Carol Ann and Wendy, as well as many dear friends.

The memorial service for Mary will be held on Friday, January 15, 2016 at 11:00 AM at ALL SAINTS EPISCOPAL CHURCH, 100 N. Drew St. A time of visitation will be held on Friday from 9:30 AM until the time of the service at the church. Online condolences may be expressed at www.wichmannfargo.com.

Memorials may be directed toward All Saints Episcopal Church and LEAVEN.