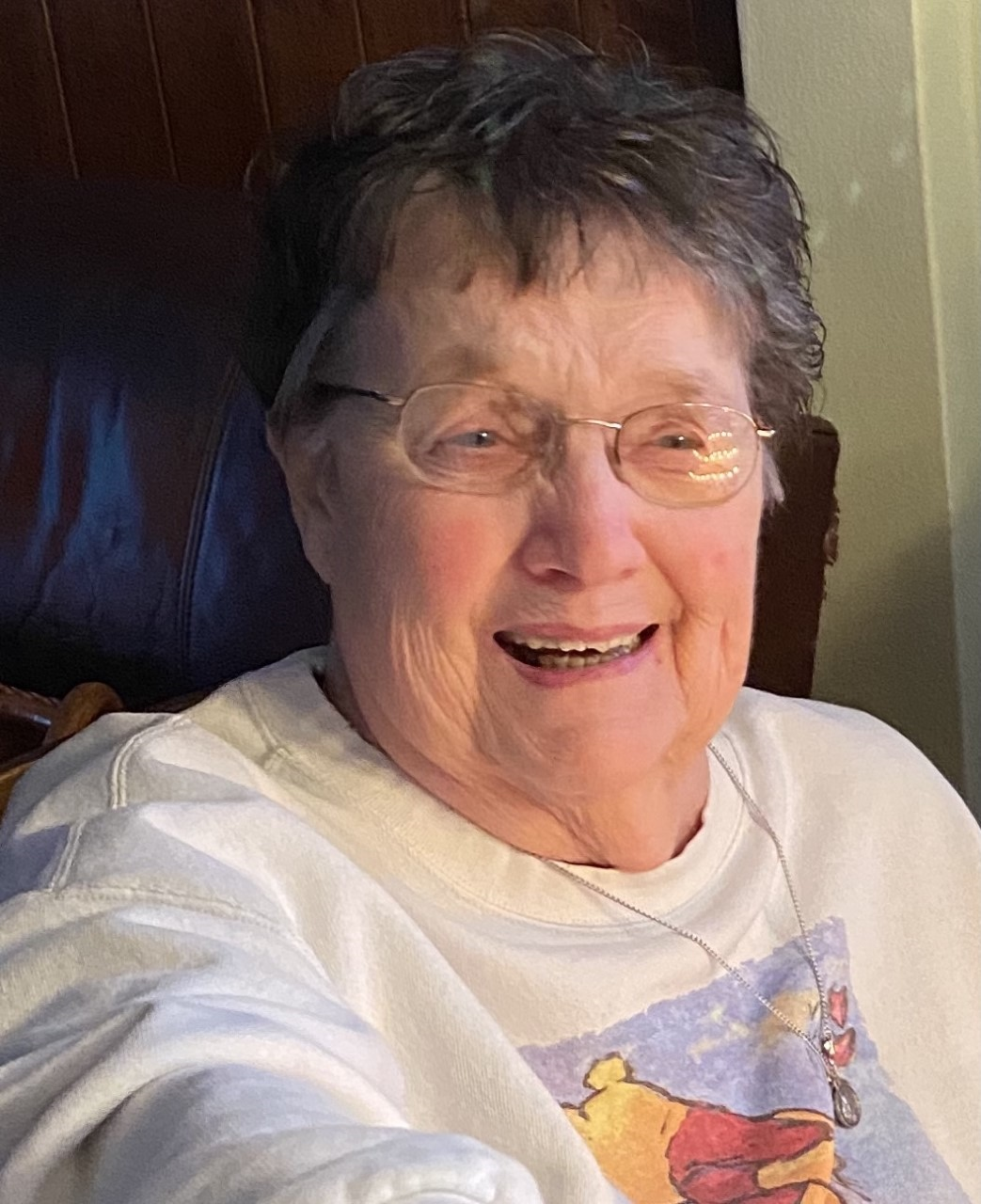 Mary “Peg” Sauer passed away peacefully with her husband Robert by her side on Saturday, October 24 at St. Elizabeth Hospital. She was born in Appleton on February 20, 1937.  Dad was her rock and took outstanding care of her while her health was failing. Their unselfish love will always be a beautiful gift to our family.  Mom and Dad will forever be our role models. People often asked Mom what her secret to being married for 63 years was, her answer was “Pick your Battles.”

Mom ran a tight ship when we were all growing up and you could often hear her say she should have raised chickens and sold the eggs instead of all these kids. She spent more time in the bleachers supporting all of our sports than she did in her living room.

Mom loved all of our family gatherings and never wanted them to end.  She always made enough food to “feed an army” and worried she’d run out before everyone had enough. No one was allowed to take a bite until we thanked God for our meal and the gathering of our family members.

After raising all of us, Peg worked at St. Pat’s Bookstore in Appleton. Dad and Mom retired in 1999 and enjoyed traveling.

Peg is preceded in death by her father Roy Schuler, her mother Flora Frieders and her dad Ed Frieders; her brothers Fritz and Tim Frieders; her mother and father in law Violet and Robert Sauer, Sr; her brother -in -law Don Sauer and her sister- in- law Betty (Angell) Sauer.  She is also preceded in death by her two daughters Ann Elizabeth and Amy Eileen Sauer.

She is also survived by numerous nieces, nephews, and cousins. Mom never had a sister, but was readily loved by all of dad’s sisters like they were her own.

Mom would have loved to have all of her friends and family with her at her funeral, but due to Covid-19, it has to be an immediate family event. Our family gathering will begin at 11:00 a.m. on November 7 at St. Joseph Church in Appleton.

In lieu of flowers donations can be sent to St. Jude’s Hospital and the Make-a-Wish- Foundation in her name.  Both of them were near and dear to mom’s heart.

Special thanks to the Staff at St. Elizabeth Hospital, Visiting Ascension Nurses, and their wonderful neighbors Bill and Lori Bryant.