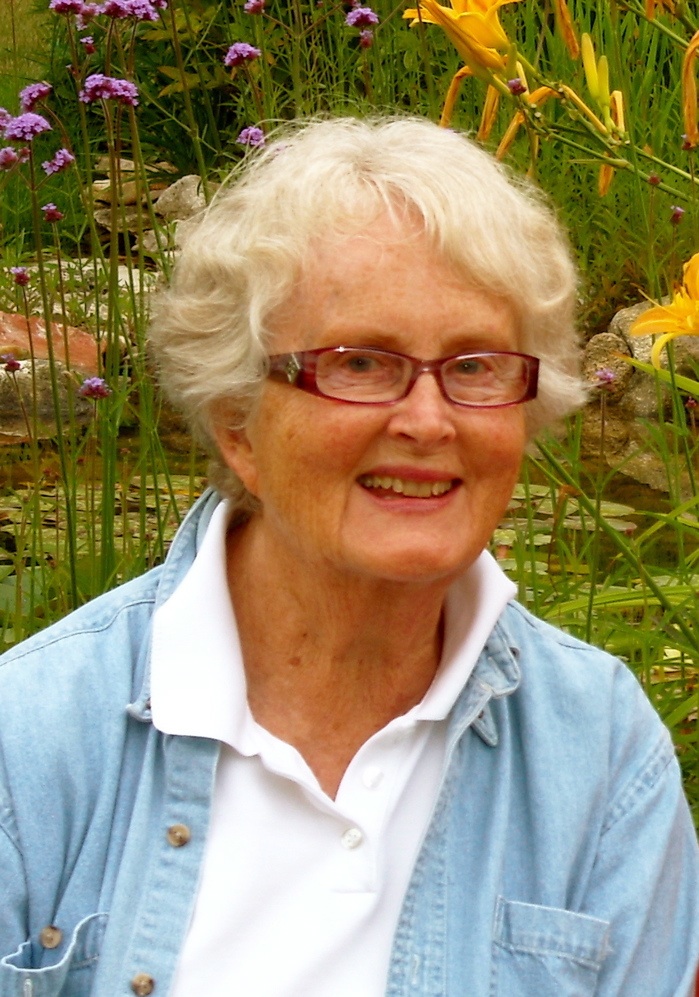 Mary McKenzie, 88, died peacefully on January 26, 2019 at St. Elizabeth Hospital in Appleton, Wisconsin. Mary was born on May 3, 1930 in Richland Center, the daughter of Lucile (Wolf) and Bernard “Bunny” Schwingle, and is survived by her sister Ann Servotte. Throughout her life, Mary was affectionately known to many friends, family and colleagues as Rusty.

Rusty graduated from the University of Wisconsin, Madison, where she met Tom who worked as a waiter in her sorority Delta Delta Delta. They briefly lived in Oklahoma City, where Tom was stationed in the Army, before moving to Appleton.

Rusty was an Art Therapist at St. Elizabeth Hospital for 14 years and a Poet, publishing two books: Never Far From Water (winner of the Posner Award from the Council for Wisconsin Writers) and, Alive with Dandelions. Her poems appeared in Fox Cry Review, the Peninsula Pulse, Rag Mag, Wisconsin Poets Calendar, and other publications. She was active with poets both locally and nationally.

Her last book, Alive with Dandelions, ends with this poem:

Rusty’s love of books was coupled with her love of art, which included creating pottery, paintings, drawings and sculpture. In her own words, she was: “A great-grandmother. A Slop-and-Drop watercolor painter. A lucky woman who gets to watch seasons of sunsets and storms cross the lake; read and write poems when the muse shows up.” Overall, her love of people remained her driving force.

A visitation will be held at St. Bernard Parish on Friday, February 1 from 3:00 to 6:00 pm. Visitation resumes at St. Bernard Parish on Saturday, February 2 at 10:00 am, and a ceremony will be held at 11:00 am, followed by a luncheon at noon. Contributions may be made on behalf of Rusty to Leaven and the Salvation Army in Appleton, Wisconsin. Online condolences may be expressed at www.wichmannfargo.com.

“I carry home all the light my heart can hold” – Rusty