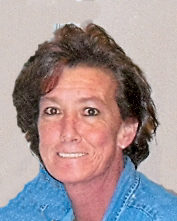 Mary Rose Smith, age 50, of Neenah, passed away unexpectedly on Sunday evening November 18, 2012 at Theda Clark Medical Center with her family by her side. She was born on September 4, 1962 to Milo and Beverly (Longsine) Hungerford in Kaukauna. Mary lived her early life in Kimberly and as a teenager decided to go to beautiful Door County and work in the tourism industry. There she met her future husband Bruce Smith and together they made a life in Door County and were blessed with two beautiful daughters, Kayla Lyn and Meghan Rose. Mary worked several jobs over the years all while raising her family. She was very proud of the fact that she was a hard worker, a great waitress and cook, and really enjoyed working with the public at many Door County restaurants, and later in the Fox Valley.

Mary was blessed again three years ago with her beautiful granddaughter Brooklyn, whom she adored and quickly became the center of her life. Mary babysat for her and taught her everything she knows. As we all listen to Brooklyn now – we realize that she truly missed her calling in life- she would have made a wonderful teacher! Mary also loved to cook and bake and always shared descriptions (and sometimes pictures too) of what she was having for dinner and dessert on Facebook- making our mouths water! She enjoyed being on her computer chatting with friends and family, and taking a lot of pictures of all of us with her fancy camera.

Also surviving is her extended family in Door County, her brother-in-law, Dick Purchatzke, and many, many nieces, nephews and special friends.

Preceding her in death were her father, Milo Hungerford, a sister, Trixie Purchatzke, and her former mother-in-law, Delores Smith.

The family would like to thank the Neenah-Menasha Rescue Squad and Police Department, and the staff at Theda Clark Medical Center for your care and concern of our beloved mother, sister, and friend.

A celebration of Mary's life will be held at Jansen Fargo Funeral Home in Kimberly at 3:00 pm on Sunday, November 25, 2012. Fr. Willard Van De Loo will be officiating. A time of visitation and support will be held on Sunday from 12:00 noon until the time of service. In lieu of flowers, a memorial fund has been established in her name. On line condolences can be expressed at www.wichmannfargo.com.

Please come and share your stories about Mary with us.

“During your times of trial and suffering, when you see only one set of footprints in the sand, it was then that I carried you.”